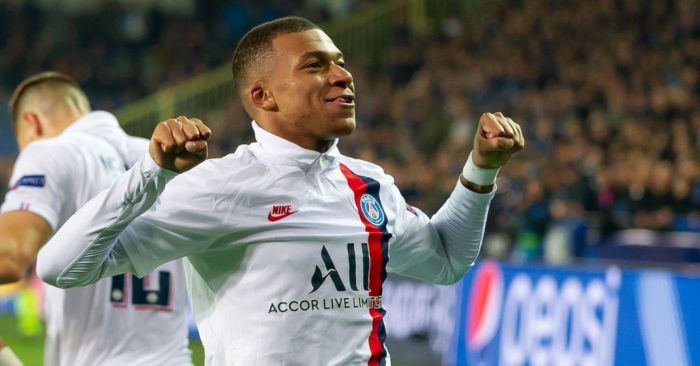 MBAPPE FOR LIVERPOOL!
This is not the first time Kylian Mbappe joining Liverpool has been mentioned, but it remains as intriguing as ever. Spanish website El Desmarque (us neither) are claiming that Liverpool are interested in making a ‘very juicy offer’ (thanks Google Translate) for the Frenchman. They are described as having money ‘to spare’ because they made no moves in the summer. And then there is this glorious paragraph:

‘They can pay 250 million euros quietly. And Mbappé would be given an astronomical salary, of more than 40 ‘kilos’ clean per season. That would make him the highest paid soccer player on the planet. This is a completely crazy proposal, and practically irrechazable.’

SEVEN NAMES LINKED WITH MAN UTD
That’s a whole lot of names, but the Evening Standard say that ‘midfield and attack are the areas Solskjaer is desperate to improve’, which makes sense as the goalkeeper and the defence are probably just about okay. Those names in full: former Liverpool midfielder Emre Can, Everton’s Richarlison, Red Bull Salzburg’s Erling Braut Haaland, Lyon’s Moussa Dembele, Juventus forward Mario Mandzukic, Jadon Sancho (described as ‘a dream target’) and Leicester’s James Maddison.

Elsewhere, Metro are reporting that ‘Kai Havertz opens door to £80m Manchester United transfer’, but really he is just opening the door to any kind of transfer away from Bayer Leverkusen. Whether that would include a move into the Premier League’s mid-table is another matter.

CHELSEA TRIO FOR SALE
Never mind dreaming of Jadon Sancho, Manchester United should probably look a little closer to home at Chelsea’s list of unwanted players, with the Daily Telegraph claiming that ‘Chelsea could listen to bids for World Cup winners Olivier Giroud and Pedro in January’, while Marcos Alonso would also join that merry band of unwanted fringe Chelsea players, particularly after his nightmare 45 minutes against Ajax on Tuesday.

Crystal Palace and West Ham United are two clubs linked with Giroud, who is out of contract next summer and did not even make the bench against Ajax, while Pedro has been linked with a switch to Fenerbahce. A decision has not yet been made about Alonso, though a mooted summer move for Leicester’s Ben Chilwell would absolutely end the Spaniard’s time at Stamford Bridge.

AND THE REST
Former Brightonboss Chris Hughton is not interested in taking over at managerless Stoke City…Sheffield United goalkeeper Dean Henderson, 22, says he nearly joined Leeds United…Wolfsburg striker Wout Weghorst is the subject of interest from Crystal Palace…AC Milan are weighing up a move for Arsenal midfielder Granit Xhaka…Nemanja Matic is open to leaving Manchester United in January.