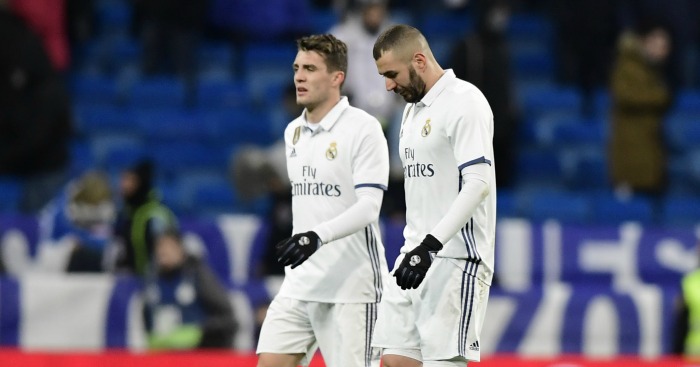 EVERTON MAKE JIMENEZ BID
For all their summer business, Everton are still surely light of a striker. They have spent the Romelu Lukaku money and more on a group of lovely midfielders, but now need someone to actually finish the bloody thing. Sandro Ramirez, at £5m, will not be enough.

According to Portuguese newspaper Record, Benfica striker Raul Jimenez could be that man. They report that Ronald Koeman has made a bid of £27.5million.

The fly in the ointment comes when Record says that Benfica are holding out for £46m, which is no surprise. It’s almost worth making your first bid for a £30m player at around £400,000 and working up from there.

LIVERPOOL WANT KOVACIC INSTEAD OF KEITA
‘Real Madrid star Matteo Kovacic verbally agrees to join Liverpool,’ is the Daily Mirror’s headline. We’d be more inclined to believe it if they had spelled his name correctly.

In fact, it is merely information passed on, because we’re off to Spain to drink pints of Tetley’s, eat roast dinners and get angry if they refuse to do a bingo and karaoke night. Diario Gol – which I believe translates into ‘it’s sh*tting goals’ – say that Real Madrid midfielder Mateo Kovacic has spoken to Liverpool about a move, and he like what he hears.

Kovacic has never quite broken into the Real first team since his move from Inter, and must surely be looking for regular football at the age of 23. Diario Gol say that the Croatian is bang up for the move, but that Barcelona’s failure to capture Philippe Coutinho would scupper its chances.

ARSENAL TO BUY BENZEMA IF…
And surprisingly the missing words aren’t ‘you believe in a load of old guff’.

Spanish gossip-mongers Don Balon claims that Arsenal will try and sign Real Madrid striker Karim Benzema if Alexis Sanchez ‘quits’ the club. Somebody probably needs to remind them that Sanchez cannot do any ‘quitting’ until next summer, given that Arsenal hold the cards while he is under contract.

Still, Don Balon don’t let that get in the way. They say that Manchester City and Paris St Germain want Sanchez and that Arsene Wenger would react to his departure by signing Benzema. Because they are *exactly* the same type of player.