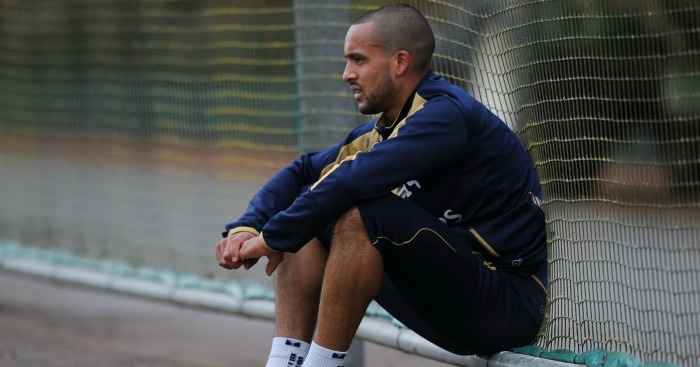 CHELSEA TO TARGET DARMIAN?
We’re starting with Bleacher Report this morning, and their claim that Chelsea – or, more exactly, Antonio Conte – is targeting a move for Manchester United full-back Matteo Darmian.

Dean Jones claims that Conte sees Darmian as a vital part of his Italy squad, and also sees him as a perfect candidate for his Chelsea system? Are we going to enjoy the glorious return of proper wing-backs in the Premier League?

Darmian endured a stop-start season at Old Trafford after moving from Torino, with injuries and poor form hampering him for long periods in between a positive start and end to the campaign. He’d still cost at least £15m, though.

LIVERPOOL WANT WALCOTT FOR £25M
Now then. This would be interesting.

This story in The Sun comes courtesy of Geoff Sweet. He claims that Liverpool want to give Theo Walcott a new start, and that means a four-year contract and a £25m transfer fee to Arsenal.

‘Jurgen Klopp is thought to be in the market for a quick, versatile attacker and Walcott fits the bill,’ Sweet writes. That hardly sounds like he’s convinced.

Still, it must be said that Walcott should be delighted at getting this move if it means first-team football. And there is surely a chance that Jurgen Klopp can make it work with Walcott wide right, and Roberto Firmino and Philippe Coutinho interchanging positions left and centrally?

Not that we can see it happening.

CITY AGREE NOLITO MOVE
Manchester City are close to signing Spain and Celta Vigo winger Nolito, according to claims made in Spain and reported by The Sun.

During Spanish TV coverage of Spain’s opening Euro 2016 match against Czech Republic, a journalist from Tele5 claimed that City had beaten Barcelona to the 29-year-old winger.

After a brilliant campaign last season the Celta Vigo winger forced his way into Vicente Del Bosque’s starting XI for the Euros. He scored 12 goals and added seven assists in 29 league matches as Celta exceeded expectations to finish sixth in La Liga.

According to Tele5‘s Manu Carreño, Nolito has already reached an agreement with new City boss Pep Guardiola – beating rivals Barcelona to the player. The journalist also claimed that Tottenham are interested in the player and had sent scouts to Toulouse to watch the scrappy 1-0 win on Monday.

AND THE REST
Nigerian wonderkid Samuel Chukwueze has performed a dramatic U-turn over an Arsenal move and seems keen on heading to Porto instead… West Ham will sign Valencia winger Sofiane Feghouli, 26, on a free transfer… New Manchester City signing Ilkay Gundogan, 25, expects to return from injury in late August or early September… Chelsea have asked Samuel Umtiti’s agent about the availability of the 22-year-old Lyon defender… Stoke value Austria international Marko Arnautovic at £13m, but that is unlikely to deter Everton from bidding for the 27-year-old striker… Borussia Dortmund will tell City not to bid for FC Ufa’s 19-year-old midfielder Oleksandr Zinchenko if they want to sign Pierre Emerick Aubameyang. City are in talks with Dortmund about signing striker Aubameyang, 26, but the German club are not willing to do a deal if City also move for Zinchenko… Ronald Koeman is targeting West Brom striker Saido Berahino as his potential first signing for Everton.