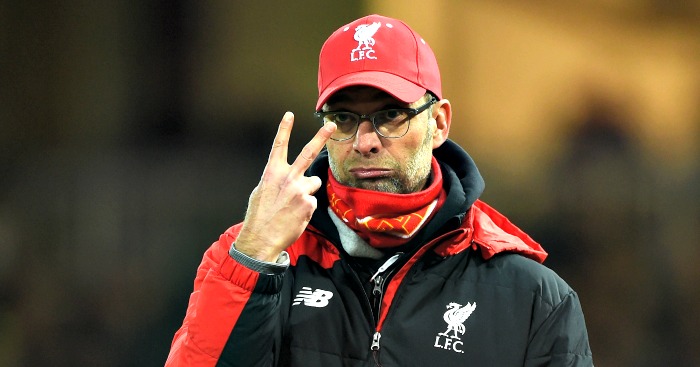 COME HOME, ROMELU
Romelu Lukaku is rather good. The Belgian is still only 22 years old, but has scored 6o goals in 140 Premier League appearances; only four strikers have more since August 2011. He scored his 18th league goal in 28 games this season on Saturday, but Roberto Martinez conspired to be Roberto Martinez, as did Everton conspire to be Everton.

Considering Lukaku mas mastered the difficult marriage of youth and experience, the striker will surely be a commodity in demand this summer. According to The Sun, former club Chelsea will front that particular queue. And they are willing to spend more than the £28million they received when selling him to the Toffees in 2014. Mike McGrath believes Eden Hazard could persuade his international team-mate to return to Stamford Bridge under a new manager.

And it’s Mike McGrath who is a busy boy for The Sun. He claims that Fenway Sports Group will hand the German £100million to ‘turn Liverpool into title contenders’. He might need a slightly bigger budget. And a slightly less Simon Mignolet-y goalkeeper.

Mind you, that’s the first port of call for Klopp, according to McGrath. Jack Butland of Stoke and Fraser Forster of Southampton have been identified as potential signings, with the manager aiming to ‘sign British’.

Where else will the budget be spent? On a ‘marquee attacker’, apparently. Mario Gotze of Bayern Munich has been regularly linked, while McGrath throws the name of perennial Arsenal target Pierre-Emerick Aubameyang into the mix. You get the impression that both would want to play in the Champions League next season.

NEW DELE LINK
What do you get when you combine a eminently unreliable Spanish website with a transfer story comprising 140 words, the last of which includes the first mention of the player involved? You get a crock of bullsh*t, that’s what.

Don Balon are the culprits here, and they tell us that Real Madrid are looking to make it a hat-trick. After signing Gareth Bale and Luka Modric from Tottenham in the past few seasons, they have their eyes on another White Hart Lane star. That man/boy is Dele Alli.

‘Ransack’ is the word Don Balon use to describe this one. And that’s pretty much all they offer us. As aforementioned, the last two words of the whole story are ‘Dele’ and ‘Alli’. No according to reports, no scouts have been sent, no gentlemen’s agreement. It’s gonna happen.

The Observer brings us the breaking news: West Brom have ‘agreed in principle’ that Berahino can leave in the summer. Apparently, Daniel Levy and Jeremy Peace will sit down at the end of the season and look to ‘resolve’ the protracted transfer saga. Oh, to be a fly on the wall for that meeting.

It is thought that Berahino has ‘done his bit’ by ‘working hard’ and putting the disappointment of the failure to complete the deal last summer behind him. The Baggies might just miss him; he has scored 23 league goals since the start of the 2013/14 season. The next best Wes Brom goalscorer in that timeframe is Stephane Sessegnon, with seven.

AND THE REST
Incoming Manchester City manager Pep Guardiola is looking to sign three world-class players this summer – with £150m-plus to be spent on that trio…Manchester United are frontrunners to sign £20m-rated Watford striker Odion Ighalo, 26…Manchester United want to re-sign Real Madrid forward Cristiano Ronaldo, 31, this summer…United also want Borussia Dortmund striker Pierre-Emerick Aubameyang. As the 26-year-old’s fee could rise to £70m, Arsenal are likely to be out of contention…Man United also plan to make a £40m offer for Real Madrid midfielder Toni Kroos, 26…Chelsea are negotiating with Paris St-Germain to swap striker Diego Costa, 27, for Edinson Cavani, 29, in the summer transfer window…Manchester City and Chelsea want Juventus midfielder Paul Pogba, 22, with both clubs offering the France international £300,000 a week.