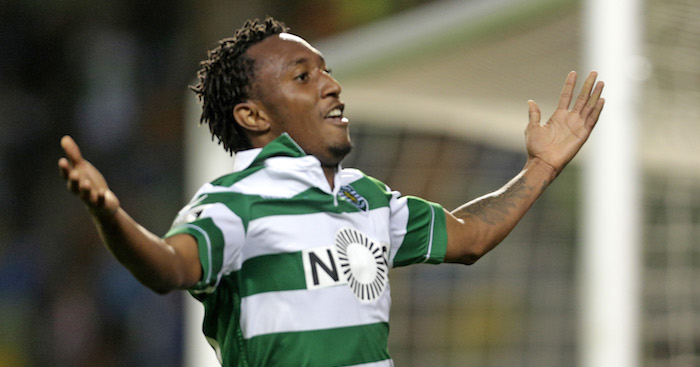 SANCHEZ TRIPLE THREAT
Manchester United hijacking Manchester City’s move for Alexis Sanchez was funny. Liverpool barging United out of the way to sign the Arsenal forward themselves would be ruddy hilarious.

According to a Daily Star exclusive, it is also a possibility. Paul Hetherington claims that Liverpool are ‘ready to enter the race’ for Sanchez.

City ‘remain favourites’, but this is yet another spanner in the works. And money would not be a problem for Liverpool, with the proceeds of the £105million sale of Philippe Coutinho still to be spent.

A second story in the Star, penned by Marc Williams, adds that Liverpool would be ‘prepared’ to pay £35m to sign Sanchez now. In fact, they could even ‘shell out upwards’ of that number.

TRICKY MARTINS
In other Liverpool transfer news, Gelson Martins has been linked with a move to Anfield. Oh lovely.

Portuguese publication Correio da Manha report that the Reds have long held an interest in the winger, who has a £53m release clause.

The 22-year-old is completely unproven outside of the confines of Sporting Lisbon, of course. He has scored 22 goals in 116 appearances for the club since breaking into the first team in 2014/15. Nine goals in 28 games this campaign is respectable.

The Correio da Manha story claims Liverpool are only willing to pay half of Martins’ release clause however, which would be around a £26.5m outlay. But they would multiply his current wage by five. So yeah.

INSERT LEMAR SONG LYRICS
And to complete the Liverpool transfer hat-trick, Jonathan Northcroft brings us a Thomas Lemar update in the Sunday Times. The headline says Liverpool have ‘cooled’ on the £90m winger, but he ‘remains Jurgen Klopp’s leading candidate to replace Philippe Coutinho’.

The story is simple: Liverpool still want Lemar, but not for £90m. Their valuation is closer to £60m for the Monaco man.

In addition, Jurgen Klopp ‘is prepared to wait until summer to try and secure better value in the market’.

In none Liverpool news, Manchester United want to sign both Sanchez and Mesut Ozil. Miguel Delaney of the Independent reports that Jose Mourinho ‘could be the biggest beneficiary’ of Arsene Wenger and Arsenal p*ssing about over contracts. That is not a direct quote.

United initially wanted to sign Ozil in the summer, but it has become ‘apparent that a punt by the club could lead to something more’.

They have convinced themselves that signing Sanchez would be a good idea after ‘initially just testing the waters’, while Ozil is seen as ‘a potentially key piece in Mourinho’s system’.