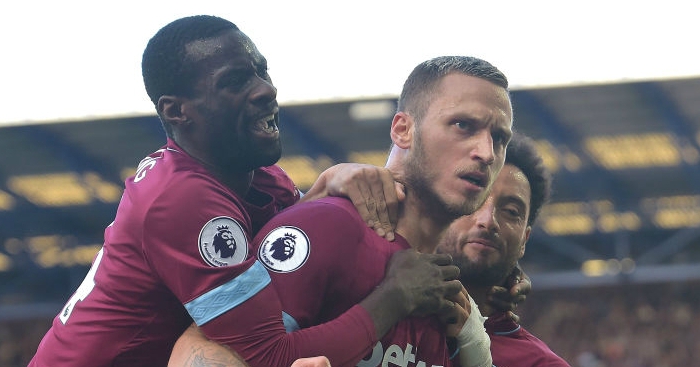 DEMBFOUNDED
You would think that scoring a stoppage-time equaliser for Barcelona in a crucial 1-1 draw with Atletico Madrid would have convinced Ousmane Dembele to stay at the Nou Camp. You would have to think again.

Dembele was given ten minutes to rescue Barca after Diego Costa opened the scoring for Atletico at the weekend. The winger duly obliged with his seventh goal of a stop-start season. Yet he has now ‘requested the board sanction a sale’ in January.

Goal.com say that Dembele has even been included in ‘preliminary discussions’ over a return for Neymar. That would involve a part-exchange with ‘a substantial cash fee’ for PSG, whose potential struggles with FFP could assuage any possible deal.

But Dembele has been linked with Liverpool too, not least with an £85m January bid. They would surely enter any race for the 21-year-old – although Goal tell us there is ‘no concrete interest’ from Anfield as yet.

If he can put down the Nintendo Playbox 360 controller for long enough, Dembele might find he has both a few suitors and a decision to make. PSG seems the most likely option right now.

MARKO OF HONOUR
With 13 games of the Premier League season played, Manchester United are 14 points behind Manchester City and 12 off the pace of Liverpool, with seven points separating them and fourth-placed Chelsea. Arsenal and Everton are ahead of them too.

So it will take a decent effort to overhaul that gap, to spark something within an under-performing squad and manager. And said under-performing manager believes Marko Arnautovic is the answer.

According to the Daily Mirror, Mourinho wants to make a bid ‘in excess of £50m’ for the West Ham forward, who he feels can be ‘a catalyst for some of his younger players’. There are cheaper role models out there, certainly.

Arnautovic is undoubtedly good, but he has scored 16 goals in his last 47 Premier League games. It is not a horrible record, neither it is one worth a £50m gamble – and particularly not for a 29-year-old. It really does feel as though Mourinho is publicly targeting a deal he knows United won’t sanction, just to prove a point.

AND THE REST
Chelsea striker Eden Hazard, 27, has ruled out a move to Paris St-Germain, but has admitted he could leave Stamford Bridge this summer… Milan director Leonardo has reportedly been in talks with Chelsea over midfielder Cesc Fabregas, 31, and defenders Gary Cahill, 32, and Andreas Christensen, 22… Manchester United sent scouts to watch West Ham’s teenage defender Declan Rice, 19, in the Hammers’ 4-0 defeat by Manchester City on Saturday… Barcelona’s Spanish left-back Jordi Alba, 29, admits he has not been offered a new contract at the club, leaving his future uncertain… Manchester United may wait to sign 22-year-old Roma midfielder Lorenzo Pellegrini after discovering a release clause can be triggered at the end of the season… Santos striker Gabriel Barbosa, 22, could be ready for a new challenge with the Toffees after a disappointing spell at Inter Milan.