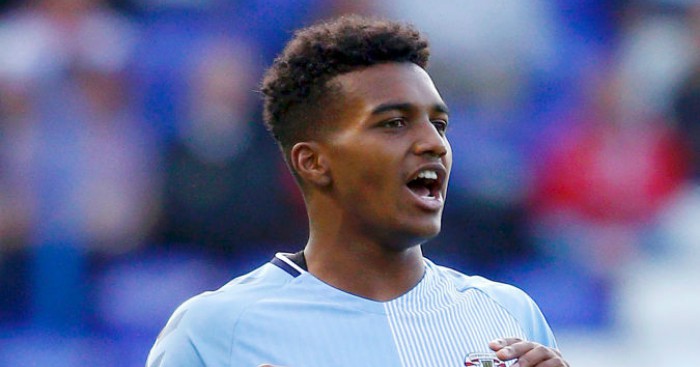 LIVERPOOL TO SIGN LEFT-BACK
The one area which could cause problems for Liverpool this season is their lack of full-back cover, with James Milner and Joe Gomez their imperfect options for both flanks. It seems that Liverpool have spotted the issue and will sign a left-back in January…though they will loan him back to his club for the rest of the season.

The left-back in question is Coventry man Sam McCallum, who is just 19 but has attracted the interest of pretty much every club in the Premier League, including Chelsea, Manchester United and Leicester. But 90Min reckon that he is Liverpool-bound as a potential long-term replacement for Andy Robertson.

BREWSTER TO SWANSEA IN JANUARY?
Every club in the Championship wants to sign Liverpool striker Rhian Brewster on loan, but Swansea have one major advantage: they are managed by the coach who took England (and Brewster) to the Under-17s World Cup two years ago.

Leeds, Sheffield Wednesday, Preston and Huddersfield were among the clubs interested in Brewster, but the Daily Telegraph claims that Swansea will win the hand of the player who has been restricted to just two Carabao Cup games this season despite summer reassurances from Jurgen Klopp that he was in his first-team plans.

CHELSEA TARGET WHITE
Quite why Chelsea would move for a player untested at the highest level is unclear, but The Sun claim that Chelsea have Brighton centre-half Ben White (impressing on loan at Leeds) in their sights with a £25m January move in mind.

White is apparently seen as an alternative to Bournemouth centre-half Nathan Ake, who they could buy for just £40m, which is at least £20m below his market value. Now that’s a no-brainer.

AND THE REST
Manuel Pellegrini is expected to be in charge of West Ham for their Boxing Day clash with Crystal Palace…Wolves have not been approached by Arsenal about coach Nuno Santo…Olivier Giroud’s proposed move to Inter Milan has fallen through.