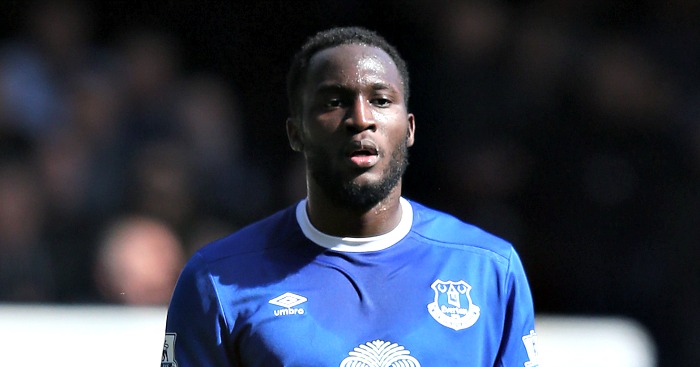 So begins a transfer update from Daily Mirror; so ends a transfer saga that once threatened to dominate the summer. Chelsea remain interested in their former striker, but it appears that money can’t buy you Romelu. At least not for now.

The price Everton will pay for keeping their prized asset is a rather large one. Lukaku will become their highest-paid player ever on £100,000 a week to stay ‘for at least another season’, thereby rejecting overtures from Stamford Bridge.

There are even quotes from manager Ronald Koeman, given to Dutch daily De Telegraaf:

“For the club and for this group it is totally awesome as ten days before the transfer deadline Romelu Lukaku enters the manager’s office and tells us that he doesn’t want to leave but has decided to stay at Everton.”

OWN JOEL
Gossip is actually quite difficult to come by this Saturday, but fear not, for the Daily Express are at hand to rescue us.

‘Report – Arsenal reach agreement over deal for winger,’ is their quite wonderful headline, when you realise that the story is about Joel Campbell leaving on loan. For fu…

According to Portuguese outlet O Jogo, the Costa Rican will be sent to Sporting Lisbon for the season. Just when it looked like he had finally made his breakthrough at the Emirates.

A man consigned to the Manchester United exit after doing Marouane Fellaini things under David Moyes and Louis van Gaal, the Belgian has been revitalised under Jose Mourinho. Paul Pogba shone on his debut, but the Belgian was one of three players who deserve more credit.

After impressing in the first two league games of the season, Fellaini could now earn a new deal at Old Trafford. The Sun, who are still calling him a ‘Manchester United flop’ claim that Jose Mourinho wants to offer him a new two-year deal.

According to a United source:

“Jose is on record that Marouane has to win over the fans with his performances.

“He likes him a lot, and thinks that he is a very good player and useful to the team and the squad.

“There will be no rush and United will wait for the nod by Jose, which could be at renewal time around Christmas.

“It could be a remarkable turnaround for him, as he looked to be on his way out of the club this summer.”

Fellaini has two years left on his current deal. It speaks volumes that this news will not bring United fans to tears.

AND THE REST
West Brom manager Tony Pulis says he wants to keep hold of Northern Ireland defender Jonny Evans, 28, who has been linked with a move to Arsenal…New Chelsea boss Antonio Conte has described the transfer market as “crazy”, saying clubs are now asking for “£55m” for “medium talent”…Goalkeeper Joe Hart, 29, could trigger an exodus from Manchester City as midfielders Yaya Toure and Samir Nasri, defender Eliaquim Mangala and striker Wilfried Bony may all leave the Etihad in the transfer window…City will attempt to sign £10m-rated Croatia midfielder Ante Coric, 19, from Dinamo Zagreb…West Brom are relying on long-term target Jeffrey Schlupp, 23, to force Leicester’s hand with talks at a standstill between the two clubs over a £12m move for the wide man…Sunderland boss David Moyes has offered defender Lamine Kone, 27, a new £50,000-a-week contract in a bid to stop him moving to Everton…Club Brugge defender Bjorn Engels, 21, says he is too young to consider a move to Arsenal or Borussia Dortmund…Striker Gabriel Barbosa, 19, a target for Manchester United, could be set to leave Santos as the Brazilian side are experiencing financial difficulties.