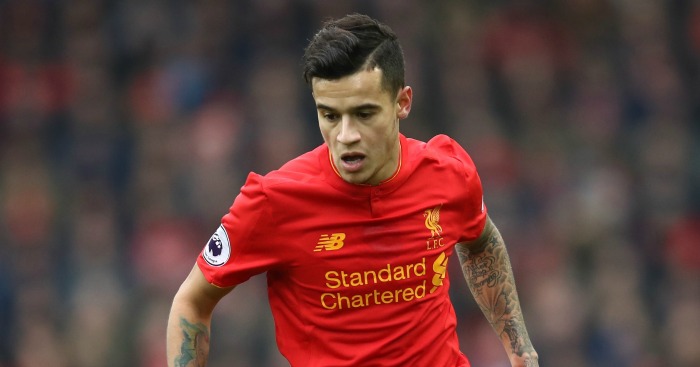 MAN UNITED TURN TO LUKAKU
Well well, didn’t this rumour suddenly get big. According to a joint story from John Cross and David McDonnell in the Daily Mirror, Manchester United want to make a move for Romelu Lukaku and may use Wayne Rooney as bait. If that makes you picture Rooney wriggling on the end of a fishing hook, sorry.

Now, there are a number of reasons for Lukaku story to get into the media and a number of people it benefits:
1) It tells Real Madrid that they have other options to Alvaro Morata, and so they should be warned against naming silly prices for the striker. Good for Manchester United.
2) It allows Everton to spark a price war for Lukaku, with Chelsea currently deliberating over making their move. That will let Everton argue that a world record bid is needed to sign him. Good for Everton.
3) It allows Mino Raiola to talk up interest from multiple clubs in Lukaku, increasing his bargaining chip in negotiations over his contract. Good for Romelu Lukaku.

Manchester United may well have entered into the race for Lukaku, but surely Lukaku to Chelsea and Morata to United is still the most likely conclusion to this saga.

EDIT: APPARENTLY NOT. We know nothing.

SANCHEZ WANTS £400,000 A WEEK TO STAY
Now then, isn’t this the ballsy story. In the Daily Mirror, John Cross writes that Alexis Sanchez wants £400,000-a-week wages to stay at Arsenal, which is £125,000 higher than the largest offer he has received from the club. That would suggest that he is off.

Now this news presumably comes from Arsenal’s camp rather than Sanchez’s, given both the nature of it and the information Cross usually gets: The Daily Mirror’s link to the club are pretty close.

With that in mind, it’s easy to see why they might leak a story about Sanchez wanting all the money. It both sells Sanchez as greedy, but also persuades some supporters that he isn’t worth the money, and so that allowing him to leave isn’t the worst news. If he is then sold to Manchester City, Arsenal can point to the wage and say that City were the only ones who would pay it. Sanchez the mercenary, basically.

SOME GUFF ABOUT COUTINHO TO PSG
Is Philippe Coutinho going to join Paris St Germain this summer? No, no he is not.

That first line is where this rumour ends, but Le 10 Sport in France claim that PSG have moved onto Coutinho as a transfer target having been knocked back by Cristiano Ronaldo and likely to be pipped by Real Madrid for Kylian Mbappe. That’s interesting, because the Daily Mail say that Real Madrid are losing ground to PSG on Mbappe.

The same outlet say that PSG have been in contact with Coutinho’s advisors (because what is tapping up anyway) and that they would have to pay £88m for the Brazilian. You know what, if Liverpool got an offer of £88m for Coutinho, it might make sense to sell and get busy.

AND THE REST
Everton have made Olivier Giroud their number one target… Chelsea’s teenage starlet Callum Hudson-Odoi has signed a new, three-year deal with the club… Brighton are closing in on a loan deal for Izzy Brown… Leicester City have held initial talks over a possible new contract for Leonardo Ulloa… Nathaniel Chalobah is in talks with Watford over permanent move from Chelsea… Huddersfield are on the verge of signing Danish defender Mathias Jorgensen… Brighton and Bournemouth are both chasing £12million-rated Toulouse striker Martin Braithwaite… Rennes are keen to snap up Chelsea outcast Loic Remy.