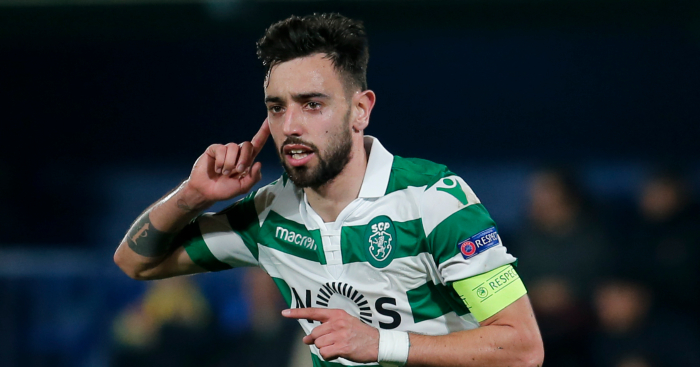 CITY HONE IN ON SOLSKJAER’S MAIN TARGET
Ole Gunnar Solskjaer can’t seem to catch a break. Well, not since being handed a job he appears woefully under-qualified for, at least.

The Manchester United is probably spending his Bank Holiday Monday choosing which players to shove out the Old Trafford exit door while considering who might replace some of his overpaid flops now he cannot dangle the carrot of Champions League football before them. A Bola reckons Solskjaer has ‘demanded’ that United bring him Bruno Fernandes, but it seems likely that Ed Woodward will have to break more bad news…

Goal reckons Manchester City are all set to beat United to the Sporting Lisbon midfielder. Fernandes has been in outrageous form this season, scoring 31 goals and offering 17 assists from midfield. Solskjaer would love the 24-year-old to fill his creative void – but Pep Guardiola is equally keen.

Apparently, talks between City and Sporting Lisbon are at an advanced stage, with Jorge Mendes sticking his neb in despite not being Fernandes’ agent. Sporting opened the negotiations by asking for £60million but City hope they will accept £43million and two players, which may or may not include Marlos Moreno, Eliaquim Mangala, Aleix Garcia and Douglas Luiz.

ARSENAL TO BUY ENGLISH PLAYERS – LIKE FRASER AND ZAHA
Another manager licking his wounds this morning is Unai Emery. The Europa League could still make his first season in charge a roaring success, and that is the only avenue now open to the Gunners to reach the Champions League.

How they fare in Emery’s favourite competition will determine how much moolah the Gunners can spend this summer. Regardless, according to The Sun, Arsenal are intent on spending a decent chunk of it on reinforcing their English core.

Other than that, there’s little more detail to pass on. The story seems to be based on the fact Arsenal don’t have many British players left now that only Carl Jenkinson remains of the homegrown core Arsene Wenger once signed to long-term contracts. It is reiterated that the Gunners are known to have been watching Ryan Fraser, who has a year remaining on his contract at Bournemouth and is Scottish, and they quite like Wilfried Zaha, who is classed as homegrown despite representing Ivory Coast.

Emery is also said to be interested in Nice winger Allan Saint-Maximin, but the Paris-born 22-year-old rather fancies taking up an offer from AC Milan instead.

AND THE REST
Tottenham want Ajax midfielder Donny van de Beek but so too do Real Madrid and Bayern Munich… Zinedine Zidane may allow Luka Modric to leave Real this summer… Man City’s players will share a bonus pool of more than £15m if they win a domestic Treble… Many Man Utd players will see their wage packet shrink by a quarter after failing to qualify for the Champions League… Carlo Ancelotti has confirmed that Napoli want PSV attacker Hirving Lozano and Kieran Trippier… Newcastle are tracking Young Boys left-back Benito.