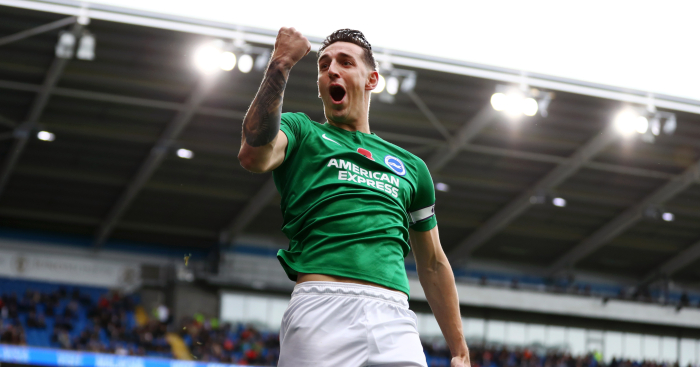 ‘POLE POSITION’ FOR MESSI
Both Manchester City and Lionel Messi will be licking their wounds following their ignominious exits from the Champions League. City produced an insipid performance as they were dumped out by Lyon on Saturday, while Messi’s Barcelona were crushed 8-2 by Bayern Munich.

Maybe they can recuperate together? That’s what the Mirror suggests. They report that Pep Guardiola’s side are in ‘pole position if’ Messi quits Barcelona. That’s quite a big ‘if’ for a player who has been at Barcelona for the last two decades.

But the Argentine legend has made his feelings known about the direction the Catalan club is going in, battling Barca president Josep Maria Bartomeu and the Nou Camp hierarchy for the last 18 months. The latest embarrassing defeat could be the final push Messi needs to up sticks.

While the clause in his contract that allows him to leave for free at the end of every season expires at the end of May, the report claims Barcelona will be willing to dismiss his £635million buy-out clause in an attempt to raise funds to rebuild their squad.

DIDIER THE DOG
Chelsea are going to have a fearsome attack next season, and Frank Lampard has now turned his attention to the area of real concern for the Blues.

They are thought to be near to completing a deal for £80million Ben Chilwell to remedy their issues at left-back and are now focussing on the centre of their leaky defence. The Sun claims they are ‘closing in on a £40million deal’ for Lewis Dunk.

Tottenham have also reportedly shown an interest in the Brighton captain, but Dunk is a lifelong Chelsea fan (is everyone?) and ‘believes he is on his way to Stamford Bridge’.

His lifelong hero is John Terry and he ‘even named the family dog Didier’, after Chelsea legend Didier Drogba.

The Blues have also been heavily linked with a move for Declan Rice, but West Ham’s £80million valuation is a sticking point; Dunk offers similar attributes at half the price. And Rice – as far as we know – doesn’t have any pets named after Chelsea greats.

Now time for the goalkeeper, Frank.