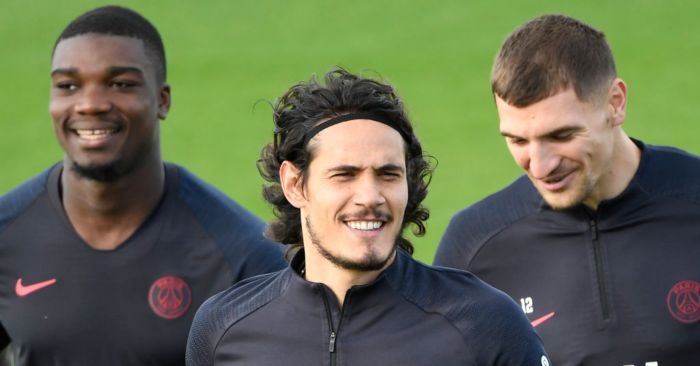 GO ON, MY EDINSON
Manchester United’s need for striking reinforcements was not particularly apparent on Sunday. Marcus Rashford was excellent and scored. Anthony Martial will be back soon to support him. Mason Greenwood waits patiently for a genuine chance. And Mario Mandzukic is awfully excited to join them in January.

Although he might not be the ageing, former elite striker at a European giant that United eventually go for. Le Parisien say PSG will not be extending Edinson Cavani’s contract – it expires at the end of the season – and Calciomercato add that this has ‘alerted’ both United and Inter Milan.

Cavani is the highest goalscorer in the club’s history, and the sixth largest transfer ever when he joined from Napoli in 2013. But six years of impeccable service will matter not to Thomas Tuchel, who has Neymar, Kylian Mbappe, Mauro Icardi and Angel di Maria at his disposal.

The 32-year-old started PSG’s first three games of the season in all competitions but has not featured since August, sidelined first by a hip injury and then simply by the form of his peers. He was an unused substitute in the recent 4-1 win over Nice.

Le Parisien got the ball rolling on his future on Sunday morning by saying the club have no intention of offering a contract extension. Calciomercato take that and run with it, mentioning that Inter and United could both reignite their former interest.

It sounds spurious because it bloody well is. Still, it’s good fun.

MADDISON AVENUE
United will probably be too busy chasing James Maddison all summer before eventually paying Leicester their initial asking price, for a start. David Ornstein of The Athletic has some news regarding their pursuit.

The glorious one has spoken to a few people ‘with links to all three parties’. Some suggest any move will be completed within the year. Others believe he will sign a new Leicester contract ‘to improve his terms and protect his value’ instead.

He reiterates that ‘nothing is even close’ with regards to a deal as yet. But United ‘will find it harder than ever’ to sign a player highly thought of by his club, teammates, manager and fans, who has years left on his contract and who continues to impress.

Leicester are ‘relaxed’, even with Liverpool and Tottenham apparently casting admiring glances in Maddison’s direction. And while United have shown the strongest interest, they are ‘not necessarily the draw they once were for the type of players they target’.