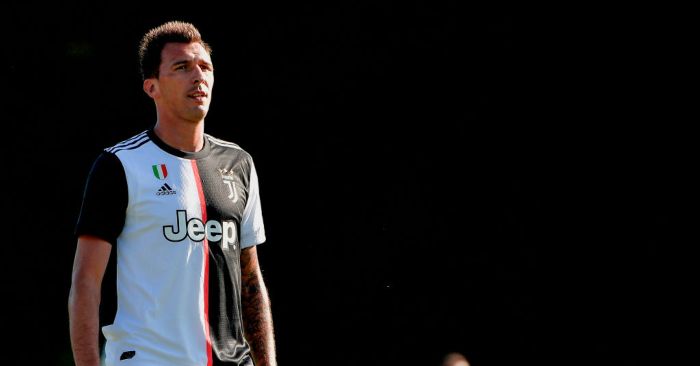 DEMANDZUKIC
For context, a £300,000-a-week wage would be the second-highest at Manchester United behind the recently improved earnings of David de Gea. So The Sun’s exclusive from our old friend Daniel Cutts on Wednesday morning should be taken with an entire vat of salt.

He says Mario Mandzukic has ‘slashed his £300,000-a-week wage demands in half’. It sounds like something someone just wouldn’t do because it pretty much is.

At the end of September, we were told that the striker ‘would not expect to take a reduction’ on his current annual salary of £4.5m at Juventus. That works out at around £86,000 a week; he isn’t going to start insisting that he is paid three and a half times that to play actual football instead of sitting on a bench.

Indeed, Cutts says Mandzukic ‘wants to move to United’ and will even take just £150,000 a week to make it happen. That’s enough to make Marcos Rojo’s eyes water.

An Old Trafford source adds that the striker’s “reps have been in contact and are willing to change their demands”. And with “other bonuses factored into the deal,” it sure does seem to be “one that could get done now”.

BARCA LONER
Tottenham are another Premier League club that might be interesting in January reinforcements, despite Mauricio Pochettino’s recent claims to the contrary.

AS believe that the manager ‘is very attentive to the situation of’ Carles Alena at Barcelona. The 21-year-old academy product has played just one match all season, starting the defeat to Athletic Bilbao on the opening day and being substituted at half-time.

His plight ‘does not go unnoticed by several clubs that were already interested in him in summer’. Tottenham were ‘most interested then’, with Real Betis also monitoring developments. Both could ‘make a move in the winter’.

Alena was earmarked as a Christian Eriksen replacement, but Spurs did not sell the Dane, nor was Pochettino ‘able to convince’ Alena to join. That could change in January.

PASS THE ALFREDO
Many a mid-table Premier League club has made the mistake of using the mid-season window to improve their attacking options. No-one really focuses on signing a solid defender or strengthening their options in that position; it’s all about shiny goalscorers from foreign lands or the Championship.

Which brings us to the Daily Express claim that Crystal Palace and Aston Villa both want Alfredo Morelos. One could do with a striker that scores goals but has no money. The other has absolutely no need for a new centre-forward whatsoever.

Palace would be favourites, with their desperation outweighing any reason for Villa to pursue a deal. They targeted the Rangers star in the summer to no avail, and 14 goals and five assists in nine games this season will hardly dissuade them. The £20m asking price really might.

AND THE REST
Real Madrid have told former Manchester City midfielder Brahim Diaz, 20, that they want to sell him as part of a clearout… Real midfielder Isco, 27, has accepted that he will be one of those leaving the club in January… Real are holding out for £30m for Dani Ceballos after Arsenal offered £26m for the 23-year-old midfielder, currently on loan at Emirates stadium… But the Spanish giants may no longer be interested in Tottenham midfielder Christian Eriksen, 27, because of the fine form of Uruguay midfielder Federico Valverde, 21… Former Manchester United, Paris St-Germain and Juventus forward Zlatan Ibrahimovic wants to return to Serie A. The 38-year-old ex-Sweden international is out of contract with LA Galaxy at the end of the year… Scouts from Newcastle, Arsenal, Liverpool, Southampton and Norwich watched 17-year-old Scotland youth international Aaron Hickey play for Hearts against Rangers on Sunday.