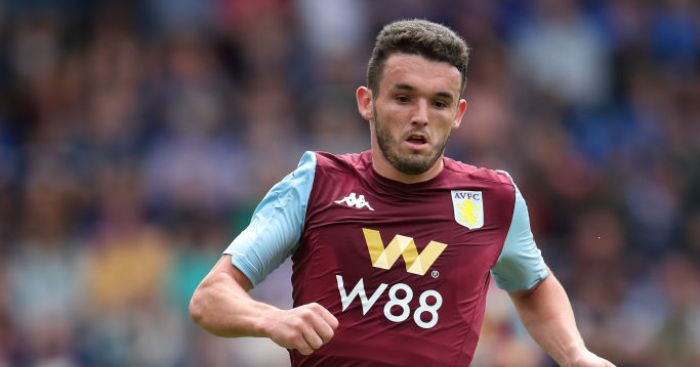 ONE-HUNDRED-AND-EIGHTY!
With 11 days remaining for Premier League clubs to sign players, the summer transfer window is about to receive a shot in the arm. All those ruddy sagas will come to a close one way or another within the next fortnight.

With Gareth Bale off to China to earn all of the money, Real Madrid’s pursuit of Paul Pogba has been boosted. AS say that move is ‘inevitable’ as the midfielder ‘should inherit’ his £600,000-a-week wages.

United will only ‘start negotiating from’ 200million euros, which equates to around £180m. But Real’s ‘bad’ pre-season, particularly the ‘disastrous’ defeat to Atletico Madrid, has made Pogba’s arrival ‘essential’.

SMS SENT
Their potential future captain’s departure would give United another £180m to play with, which would presumably be saved for Harry Maguire and his delightful head. Not so, according to Spanish media, who believe two midfielders will arrive in Pogba’s stead.

AS also say Sergej Milinkovic-Savic ‘seems to have reached an agreement’ to move to Old Trafford, with his price standing at around 75million euros (£67.5m). That’s a no-brainer.

Ole Gunnar Solskjaer won’t be stopping there. Sport believes it could be ‘a matter of hours’ before the arrival of Bruno Fernandes is completed. They have ‘reached an agreement’ with Sporting as well as Lazio, and will part with 70million euros (£63m) to get him.

United ‘have accelerated the negotiations’ over Fernandes, who ‘will be the new Red Devil’ once he passes his medical – something Corriere Dello Sport claim he has already flown to England for.

While Milinkovic-Savic, the ‘Serbian pearl’, is Pogba’s replacement, Fernandes is nothing of the sort. He is just the one Solskjaer has set his eyes on.

MCGINN OR OUT?
As if £130.5m worth of new midfielders to replace £180m worth of an outgoing one is not enough, United are also being pressured to sign a Premier League player.

John McGinn, of course, has never even played a game in England’s top flight. His years at St Mirren and Hibernian established him as one of Scotland’s brightest talents before he moved to Aston Villa last summer and promptly fired them to promotion.

He emerged as a surprise £50m United target last month, and Sir Alex Ferguson is now ‘lobbying hard’ for his former club to bring McGinn in.

The legendary manager ‘still has a say’ at Old Trafford – hell, Solskjaer refuses to use his parking space – and ‘is close friends with McGinn’s grandad’. The Sun say Ferguson believes the club are lacking McGinn’s ‘energy and goal threat’. And Scottishness.

The Fergie ‘seal of approval’ could ‘convince’ United to make a move. Considering the last time they listened so intently to him they appointed David Moyes, it also might not be enough. Just a thought.

AND THE REST
Manchester United striker Romelu Lukaku may have dropped a hint he is set to leave Old Trafford in the near future by posting a picture on his Twitter account with his agent. The Belgium international seems to indicate the pair will conducting more business together “soon”… Newcastle United are unwilling to match the £20m fee which Hull City are demanding for 22-year-old forward Jarrod Bowen… The Magpies are also planning a £5m move for Everton midfielder James McCarthy, 28, who is out of favour at Goodison Park… Everton have opened talks with Juventus over the signing of 19-year-old striker Moise Kean. The Serie A champions want £36m for the Italy international and are insisting on a buy-back clause in any deal… Wolves have agreed a deal in principle with Italian giants AC Milan for 21-year-old striker Patrick Cutrone. The Premier League club are now trying to convince the Italy international to move to Molineux… Crystal Palace manager Roy Hodgson is eyeing a move for West Ham’sversatile 29-year-old Michail Antonio… New Chelsea manager Frank Lampard has told midfield pair Tiemoue Bakayoko and Danny Drinkwater – who cost a combined £80m – they can leave Stamford Bridge.