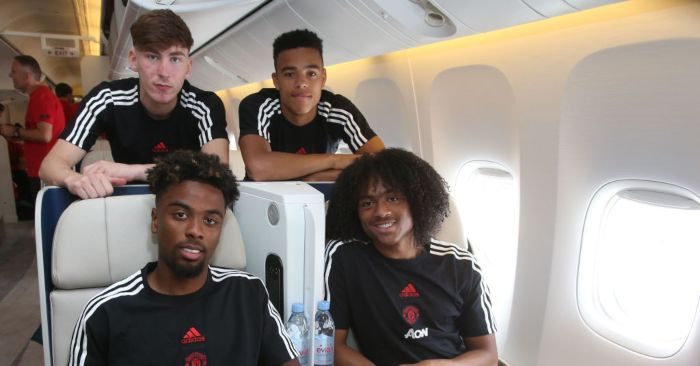 PHIL ME UP
It seems that Barcelona have already made their minds up, and they are most certainly not for changing. According to AS, their ‘plan’ is for Philippe Coutinho ‘never to wear the famous blaugrana shirt again’.

Barca are neither ‘frustrated’ nor ‘disappointed’ at Coutinho’s improved performances for Bayern Munich. Rather, ‘this all adds to his financial valuation’. And with Bayern having an option to sign him permanently for around £104m, Barca ‘are willing to sit down to reassess the terms of the agreement, if required.’

This story came to us via the BBC gossip, who told us that the Brazilian ‘could still return to Liverpool’. His former club are not named once, with only the absolutest vaguest of mentions made by the third and final paragraph. If Bayern choose not to activate their purchase clause, ‘there is confidence that the Premier League will come calling’.

Eight wins to start the season, and 17 in a row, and Liverpool are suddenly a synonym for the entire Premier League. Mad.

UNITED FRONT
After their ‘warning’ on Tuesday, Manchester United are forecasting a ‘testing’ January transfer window. The MEN say they are ‘braced’ for what ‘high-level club sources’ describe as ‘a difficult market’.

United remain ‘open to activity’ in the right situation, but ‘pressure’ has ‘intensified’ after the failure to replace Romelu Lukaku, Alexis Sanchez and Ander Herrera.

The club ‘operated via a one-at-a-time strategy in the summer,’ which is said to have partially ‘contributed to their inability to acquire two more priority targets’.

Jadon Sancho and James Maddison are then named, but a move for either in the winter is ‘unforeseeable’. And while Mario Mandzukic is constantly linked, he is indeed the ‘antithesis’ of their usual target.

LOAN RANGERS
The ‘activity’ that United ‘remain open’ to is perhaps not the sort that fans either want or expect. The Daily Mail say ‘three of their brightest young prospects’ could leave on loan in January.

Angel Gomes, Tahith Chong and James Garner could all move on ‘short-term loans to continue their progress’. The trio, all teenagers, have a combined 319 minutes between them in all competitions, despite Ole Gunnar Solskjaer apparently trusting youth.

The Mail say that ‘their route to becoming a regular is blocked by a number of more experienced, international-calibre players’. And that sentence is probably more effective and accurate if you remove the word ‘calibre’.

There are even quotes from United performance manager Les Parry, who told the club’s official website:

‘Three lads could have possibly gone on loan – Angel Gomes, Tahith Chong and James Garner – but he wanted to keep them here and have a look at them on tour. So a decision will be made, no doubt, for January as well. Hopefully, all three will be in the first team and not going anywhere.’

And United can’t conduct more than one piece of business at once, so we look forward to those three going out on loan to Championship clubs before a deadline day scramble to sign Wilfried Bony on a free.

AND THE REST
Real Madrid are prepared to offer £86m and 28-year-old Colombia midfielder James Rodriguez to sign Chelsea’s France midfielder N’Golo Kante… Barcelona’s Croatia midfielder Ivan Rakitic is considering a move to Juventus or Manchester United, with the 31-year-old having fallen down the pecking order at the Spanish club… Arsenal boss Unai Emery is not looking to add to his squad in the January transfer window… Chelsea and France striker Olivier Giroud, 33, is prepared to leave the club in January if he does not play more. Inter Milan and Canadian Major League Soccer side Vancouver Whitecaps are among the teams interested… Crystal Palace are interested in Inter Milan forward Gabriel Barbosa, 23, currently on loan at Flamengo in his homeland Brazil… Inter Milan want to increase the £96m release clause of striker Lautaro Martinez, 22, in a bid to ward off interest from Barcelona.