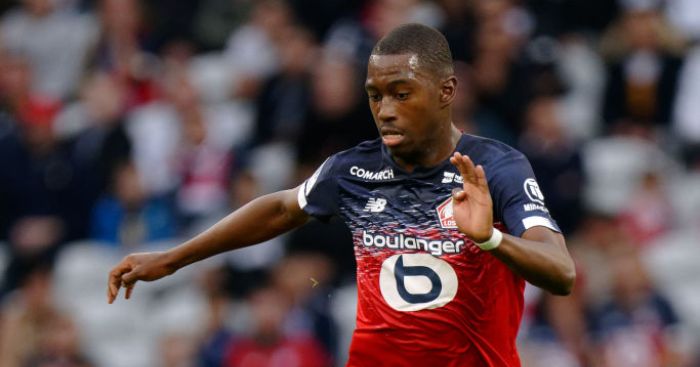 HEIR OF THE POG
It is a rare thing to see a new player join the transfer speculation merry-go-round. Typically, those column inches are shared between the exact same individuals – Isco, Neymar, Gareth Bale, Ivan Rakitic – so to see a fresh name crop up is genuinely vaguely exciting.

So thank you to ESPN for bringing Boubakary Soumare into our lives. He is one of two Ligue Un players, with Moussa Dembele the other, to be targeted by Manchester United.

Much is known about Dembele, but Soumare is a relative mystery. The 20-year-old midfielder plays for Lille and ‘has been followed for many years by the top European clubs’. He has been scouted numerous times by United, particularly impressing in a Champions League draw with Valencia.

Soumare is seen as a ‘potential heir to Paul Pogba’. Julien Laurens stresses that the club ‘are not looking to immediately replace Pogba,’ but Soumare ‘activity, physicality, and technical skills’ – as well as his obvious height – appeal.

His contract expires in the summer, thus something of a bidding war is expected. He can agree to join a foreign club for free in January, after all. Soumare is valued at around £35m to £40m. Get saving, Ed.

SO INTER YOU
One man who definitely won’t be swapping clubs this winter is Jan Vertonghen. Or at least not if Tottenham have anything to do with it. Which they will. Because they are his employers. And he will abide by contractual law.

Inter Milan are interested in the centre-half but, as per The Guardian, Tottenham ‘will not contemplate selling’ in January. Thus the Italian side will concentrate on making a free transfer possible when his deal expires in the summer.

Vertonghen ‘is considering his options’ and Tottenham ‘have not given up on agreeing a new contract’ with him. But Inter could hold the advantage by offering a three-year deal – a length Spurs will not go to for a 32-year-old.

EARN YOUR SPURS
And don’t expect Tottenham to make any signings, either. The Daily Star say they will ‘shun the transfer window’ and ‘trust youth to revitalise their season’.

Their claim actually comes courtesy of David Ornstein in The Athletic. He says that Pochettino is ‘more likely to integrate young, hungry players’ instead of simply signing new ones. That means possible roles for Oliver Skipp, Japhet Tanganga and Troy Parrott in the future.

‘Efforts to trim what has become a bloated group will resume this winter, however the number of players joining the club is expected to be limited,’ Ornstein adds. Where will Serge Aurier be shipped off to?

AND THE REST
Chinese Super League side Shanghai Shenhua have again been linked with Real Madrid forward Gareth Bale, after coming close to signing the 30-year-old in the summer… Bale flew to London to meet his agent on Monday as uncertainty continues over his future at the Bernabeu… Manchester City are looking at Real Sociedad’s Spain forward Mikel Oyarzabal, 22, as a replacement for 23-year-old Germany winger Leroy Sane, who was a summer target for Bayern Munich… England goalkeeper Fraser Forster is willing to take a pay cut to rejoin Celtic on a permanent basis. The 31-year-old is on a season-long loan deal at the Scottish champions from Southampton.