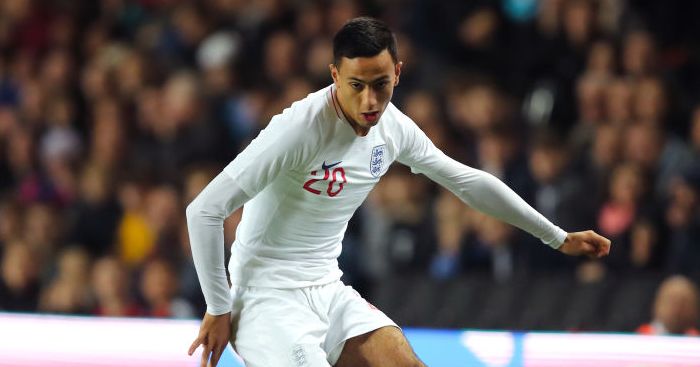 DWIGHT CLUB
It always seemed strange that a teenage English winger impressing in the Premier League as a regular was never subject to much fanfare or even transfer speculation. That sort of player is usually over-valued, if anything.

But Dwight McNeil must have known the drawbacks of breaking through at Burnley, where reputations tend to precede you. His emergence has nonetheless been as impressive as the fact he has pretty much established himself in the previously impervious plans of Sean Dyche.

Perhaps it just took Manchester United dropping to 10th for them to look at the teams around them and notice such a talent. The Sun say they ‘are keeping tabs’ on McNeil and has been specifically scouted on ‘a number of occasions’, including the 4-2 defeat to Chelsea in which he scored.

Burnley ‘would be reluctant to sell’ but ‘are looking for around £35m’ to tempt them. It would be very United: they released McNeil from their youth system five years ago.

BRAUT STRENGTH
Clubs still want to sign Erling Braut Haaland, which might have something to do with the fact he scored his seventh Champions League goal, and 22nd of the season, against Napoli on Tuesday. Told you.

One of the few mysteries left surrounding the striker – his actual price – has potentially been cleared up. By which we mean the Italian outlet Tuttosport has had a punt on how much this Norwegian playing at an Austrian club might cost.

It is nothing outlandish, of course. They say this ‘potential international phenomenon’ has been valued at about £85.9m, which is handily equivalent to exactly €100m.

Tuttosport add that Salzburg ‘have started clear messages to the market’ recently. Any suitor must ‘subscribe to the auction’ with £85.9m ‘the base’ value. United are going to pay double that, aren’t they?

SOLD GRANIT
The Daily Mirror hardly sound certain of themselves when stating that ‘Arsenal could look to offload Granit Xhaka in January’.

The claim is based entirely around Unai Emery’s recent press conference, during which he explained that the midfielder has been removed from his captain’s group. The Spaniard also ‘refused to say if he will ever play for the club again’. Which, as we know, is a declaration he will be sold when put through the media’s translation machine.

No interested club is named. No fee is mooted. Nothing. Oh well.

AND THE REST
Leicester City are interested in Club Bruges and Nigeria striker Emmanuel Dennis, who could cost £20m… Stoke City have made a move for Scotland manager Steve Clarke, who only took charge of his national team in May… Wolves and Bournemouth are interested in signing Huddersfield Town’s former England Under-19 striker Karlan Grant, 22, in January.