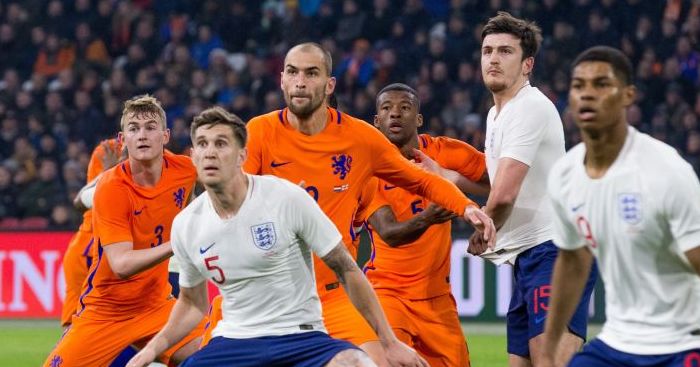 OUTFOXED
Not even beating the mighty Perth Glory 2-0 is even to convince Ole Gunnar Solskjaer that his Manchester United squad revamp is complete. Daniel James and Aaron Wan-Bissaka both impressed in that pre-season friendly, but will surely be joined by at least one more new signing before the transfer window closes.

In terms of incomings, Harry Maguire is their undeniable ‘priority’. He was under Jose Mourinho to no avail last summer, and he has been once more under new management 12 months on. But the player himself ‘has decided to be more proactive on this occasion to avoid a repeat’.

The Daily Mail say the centre-half ‘pushed a £75million move closer’ by informing teammates and manager Brendan Rodgers of his desire to leave. Maguire made the decision on Leicester’s pre-season camp in France in the hope that it ‘will ease negotiations’.

Manchester City remain interested but simply not at that price. United are therefore heavy favourites, with Maguire ‘happy’ to join despite the lack of Champions League football as he feels ‘it is the right time to further his career’.

Leicester were ‘reluctant’ to do business unless it became clear that Maguire wanted to leave. With James Tarkowski and Lewis Dunk lined up as potential replacements, although the funds could be used to ‘strengthen other positions’ as they have plenty of centre-half options.

Solskjaer, who wants ‘at least two more signings’ this summer, will land his man sooner rather than later.

ARE WE FUMING? OR ARE WE DANCER?
It seems that someone from the Maguire camp has been talking, as The Sun have a similar line. But while the Mail suggest this will be an amicable split, the nation’s inexplicably best-selling newspaper says the ‘fuming’ England international has ‘angrily accused’ Leicester of setting his valuation too high.

Their exclusive comes from Charlie Wyett and Mike McGrath, who team up to confirm that Maguire told teammates of his desire to leave earlier this week. But they add that he is ‘fuming’ and ‘let his feelings known’ about Leicester’s £85m valuation, which is some £15m more than the United and City bids that have been reportedly rejected.

Maguire even used Matthijs de Ligt, who Ajax want £58m for, to ‘highlight his case’. He feels Leicester ‘have broken the gentleman’s agreement’ put in place when he signed a five-year contract last summer in the belief that ‘the Foxes would not stand in his way if a fair offer was made’.

The funniest paragraph of the story reads thus:

‘Now the Foxes are sweating on whether Maguire is prepared to play in their pre-season fixture away at Scunthorpe on Tuesday.’

That’s definitely at the forefront of their minds.

HUDSON DITHER
It was thought that the drama was over, that Callum Hudson-Odoi had chosen to stay at Chelsea instead of joining Bayern Munich. His ruptured Achilles tendon would surely put the Bundesliga side off, while Frank Lampard’s appointment as manager heralded a new beginning for the club’s young players.

Not so. The Daily Mail say Bayern ‘will not give up their interest’ in Hudson-Odoi and will make a £45m bid this week, having ‘been undeterred in their pursuit’.

Bayern want the winger as the ‘centrepiece of their rebuilding’ following the departures of both Arjen Robben and Franck Ribery, but Chelsea ‘would certainly resist’ any approach this summer.

Unfortunately, they would therefore ‘run the risk’ of a ‘persistent’ Bayern agreeing a pre-contract in January for ‘a minimal compensation payment’. Sign him up, Frank. Or ship him off to League One.

AND THE REST
Manchester United will not sell 26-year-old France midfielder Paul Pogba to Real Madrid if the Spanish club make a bid after the English transfer window closes on 8 August… Tottenham playmaker Christian Eriksen, 27, may end up staying at the club because of a shortage of sides with suitable resources for the Denmark international… Liverpool have joined the race for £20m CSKA Moscow striker Fedor Chalov. Arsenal, Manchester City, Tottenham, Chelsea and Manchester United are also monitoring the 21-year-old… Daniel Sturridge has been offered the chance to revive his career with Italian side Bologna after the former England striker, 29, left Liverpool… Burnley are setting up a £7m move for Genk’s Danish right-back Joakim Maehle, 22.