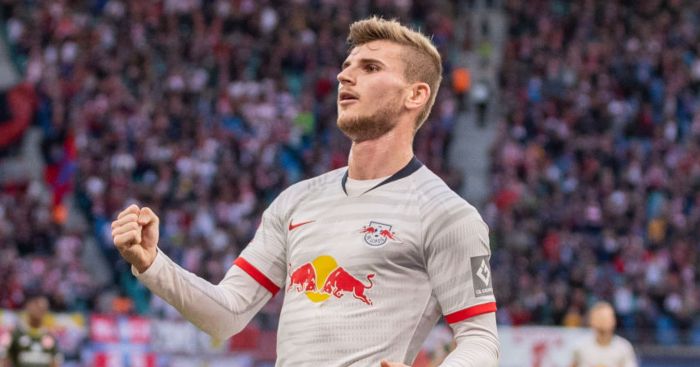 WERNER BROS.
That renaissance sure was fun. It felt like Manchester United turned a corner with three successive wins; they even scored more than once in two of them. Yet that familiar brick wall has greeted them once more.

Bournemouth beat them on Saturday afternoon, which provided plenty enough time to disseminate news of their desire to sign Timo Werner by Sunday morning. The Mirror sell this as an attempt to ‘hijack’ Liverpool’s own move for the Leipzig forward as soon as January.

Werner signed a four-year contract with the Bundesliga side this summer, thereby decreasing his release clause to a ludicrously low £27m. And United have taken a particular interest.

Liverpool had planned to sign the forward next summer but United ‘believe the promise of regular starts’ can persuade him to move to Old Trafford instead. It’s a toss-up between that and perhaps not playing as often but winning actual trophies. And matches.

At 23, he ‘fits the profile United now use to identify targets,’ which seems to have dropped the ‘British’ criterion and now simply includes being young and good.

ONANA SPLIT
With a contract that runs until 2022, Hugo Lloris is actually one of the more committed players in this Tottenham squad. But the club are already making plans to replace him. Poor fella.

The Sun say Ajax goalkeeper Andre Onana is ‘at the top of their wish list’ to fill the Frenchman’s gloves. He ‘first caught the eye of Tottenham in their Champions League clashes last season,’ which rather begs the question as to what the f*** their scouting department was doing that they didn’t notice one of the campaign’s best keepers until they played him in the Champions League semi-bloody-final. When he conceded thrice in the second leg.

Ajax have shown that they ‘would sell if the right offer came in’. That stands somewhere between £30m and £35m, but there ‘would have to be a buyer’ for Lloris before they do anything.

The 24-year-old could be available for around £7m in the winter, with Leicester known to be interested. But Newcastle are also mentioned, seemingly just because they went through a phase of signing everyone from France’s top flight recently.

AND THE REST
AC Milan are expected to end their interest in Gremio’s Brazil forward Everton Soares, 23, who has also been linked with Tottenham… West Ham are preparing to sell Colombian midfielder Carlos Sanchez, 33, for around £3.5m in January… Barcelona and Manchester City are set to compete for the signing of Uruguay and Juventus midfielder Rodrigo Bentancur, 22… Newcastle scouts were at Elland Road on Saturday to watch QPR’s Republic of Ireland midfielder Ryan Manning, 23… Wolves are preparing a £10m January bid for Preston defender Ben Davies, 24.