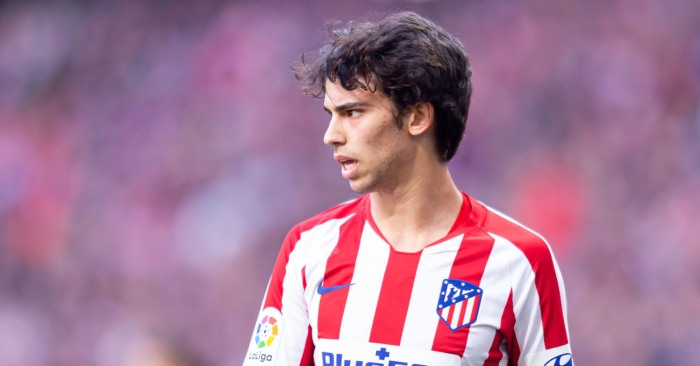 MAN UNITED TARGET JOAO FELIX
Our instinct is that a French gossip website probably would not be the first to know about a move by an English club for a Portuguese player currently at a Spanish club, but we’re not letting that thought take its hold as we need gossip so Le 10 Sport’s claim that Man United are interested in Joao Felix is absolutely tickety-boo by us.

The 20-year-old only moved to Atletico Madrid last summer for £113m but who knows what will happen this summer and how much Atletico Madrid might need money? His agent is Jorge Mendes and he made the Bruno Fernandes deal happen so perhaps it is not so fanciful? Or perhaps it’s a steaming pile of horse poo?

READ: Five swap deals that could genuinely happen this summer

JORGINHO TO JUVE?
We had not heard of Italian journalist Alfredo Pedulla until this very moment but we are happy to take his word as gospel that Maurizio Sarri wants to be reunited with Jorginho once again at Juventus, and prefers to sign him over N’Golo Kante, who has been linked. He also apparently wants Emerson Palmeri and he will surely face no resistance from Chelsea there.

The interesting part of the tale is that Juventus could offer a player in part-exchance for Jorginho and that player could be Federico Bernardeschi, who has fallen out of favour at the Italian club but could be a replacement for Willian at Chelsea this summer.

CHELSEA WANT DONARUMMA
Of course Chelsea want AC Milan goalkeeper Gianluigi Donnarumma; they have endured a pretty nightmare season from Kepa Arrizabalaga. But the problem is that PSG are also interested in the young Italian as they want to replace Alphonse Areola. According to Tuttosport, both clubs want to include their unwanted keeper in a part-exchange deal but Milan want big money.

That is likely to put off Chelsea but PSG could see the keeper as an excellent investment if they get a big old financial boost from selling Neymar back to Barcelona this summer.

AND THE REST
Manchester City midfielder David Silva is in talks with former club Valencia…Chelsea are set to miss out on left-back Alex Telles and could return to Ben Chilwell as an option…Arsenal, AC Milan and Leicester are all involved in talks to sign Celtic defender Kristoffer Ajer…Gonzalo Higuain and Mauro Icardi could swap clubs.