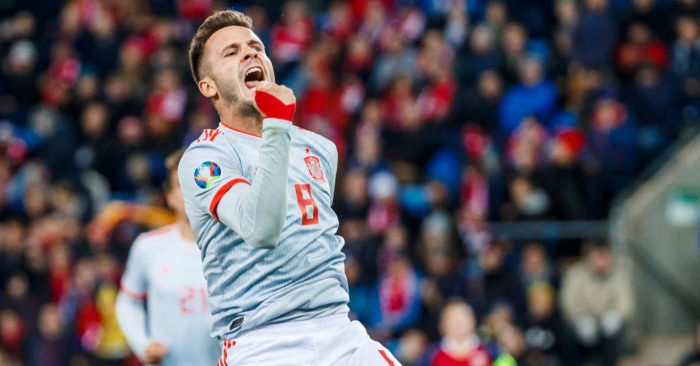 THE JOYS OF SIX
The constant Manchester United transfer updates in mid-October has long been tiresome and monotonous. The stories, presumably leaked from within the club, follow a particular pattern: the exact same names, the exact same warnings about the January window, the exact same insistence they will do business if it makes sense, and the exact same reminder that they have loadsa money.

And so to the Daily Mail’s back page claim that they ‘want six big signings over the next two transfer windows’. Jack Gaughan is here to tell us that ‘club chiefs have targeted two strikers, two central midfielders, a central defender and a left back in an ambitious revamp’.

Yada, yada, ‘the current squad is not strong enough and requires serious surgery’. Blah, blah, they ‘are committed to financing another raft of signings’. Something, something, ‘United have the continued muscle to throw money at reversing their fortunes’. ‘While there is an acceptance that January proves a troubling month to do business, United are aware of the need to strengthen immediately,’ so on and so forth.

Cutting through the tedium, some actual targets are named. Mario Mandzukic and Moussa Dembele are the two strikers. Saul Niguez and James Maddison are the two midfielders. Neither a particular central defender nor a left-back are mentioned, but United know ‘they still need reinforcements in that area’ and ‘remain on the lookout for other options’.

ENCANTING
Tuttosport throw one more hat into an already complicated ring. They say Mandzukic ‘may not even be the only Juventus player’ to make the permanent journey to Old Trafford. Emre Can, he of a quite terrible pun in an article on a website not a million miles from here, is ‘also in the running’ for a move.

The midfielder ‘still has not digested’ his exclusion from the club’s Champions League list, with Maurizio Sarri offering him a meagre 78 Serie A minutes in return. And ‘his entourage has been contacted by Bundesliga and Premier clubs’.

United are described as ‘the most attractive option’. But the entire story hinges on Massimiliano Allegri picking up a few more English lessons and taking over from Ole Gunnar Solskjaer. Will that really happen before January?

LUCAS ARTS
Spanish outlet El Desmarque have come out of absolutely nowhere to establish themselves as a leading light in transfer speculation bullsh*t. Think El Fichajes, only with a much more tempting name.

The Daily Express have obviously made them one of their first ports of call to fill any SEO space on their website. They link to El Desmarque’s latest story on Lucas Vazquez, who ‘has three offers to leave Real Madrid in January’.

The 28-year-old can choose between Arsenal, Roma and Bayer Leverkusen. And considering The Athletic have already ruled out the Gunners making any transfers this winter, that whittles his options down to two. And bearing in mind Leverkusen are the only club willing to offer the requisite €20m and come anywhere close to matching his Real wages, he’s off to Germany.

AND THE REST
Tottenham could replace Denmark midfielder Christian Eriksen, 27, with Real Madrid’s Spanish midfielder Isco, 27, in the January transfer window… Inter Milan are considering a move for Chelsea and France striker Olivier Giroud, 33, now that 30-year-old Chile forward Alexis Sanchez, on loan at the Italian club from Manchester United, faces a lengthy absence because of an ankle injury… Newcastle will offer a new five-year deal to English midfielder Matty Longstaff. The 19-year-old is out of contract in the summer… Leicester, West Ham and Valencia all tried to sign Arsenal midfielder Mohamed Elneny over the summer before the 27-year-old Egyptian went on loan to Turkish side Besiktas.