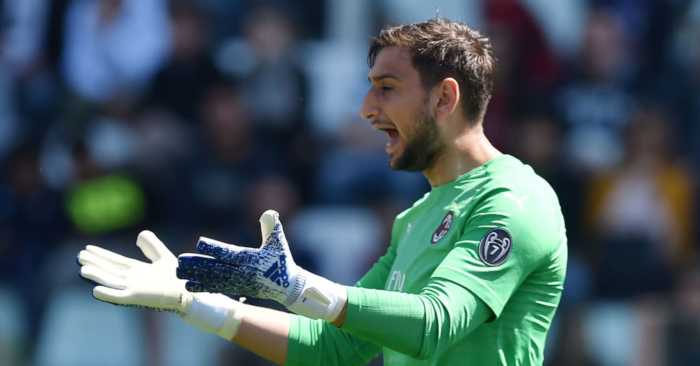 FINDERS, KEEPERS
Manchester United’s season might be over, but their interest in the ongoing football is not. While the club try their hardest to ignore Manchester City’s domestic trouble being compounded by two of Liverpool, Tottenham, Arsenal or Chelsea winning major European honours, they will keep their eyes fixed on Serie A.

Milan are currently fifth in Italy’s top flight with one game remaining. Atalanta and Inter Milan are third and fourth respectively, both one point higher. Roma are sixth, three points behind both, and two off the pace of Milan.

This weekend’s final round of matches sees Milan visit SPAL, Atalanta host Sassuolo, Inter face Empoli and Roma take on Parma. Milan need to beat 11th-placed SPAL and hope at least one of Atalanta or Inter slip up at home to the teams currently in 10th and 17th to qualify for the Champions League.

Why is any of this relevant to United? Because Gianluigi Donnarumma‘s future may depend on it. Calciomercato claim that agent Mino Raiola is ‘insistent’ on his young client playing in Europe’s premier competition, and thus ‘his future hinges on where Milan finish in the league table this season’.

Yet Calciomercato seem to confuse themselves, as they say PSG and United ‘will be on red alert’ if Donnarumma becomes available. Perhaps they simply haven’t noticed that United won’t be in the Champions League next season either?

That does pretty much decimate the crumb of credibility surrounding this story, but Calciomercato plough on regardless. They say 20-year-old Italy international Donnarumma could be available for anywhere between €60m and €70m (£53m and £61.8m). Aren’t United just replacing David de Gea with Sergio Romero anyway?

WE NEED TO TALK ABOUT KEVIN
Also, Old Trafford has been sent back in time to 2014. That is the only explanation for Kevin Strootman being linked.

Sky Sports say United, Everton and West Ham ‘have been offered the chance’ to bring the Netherlands midfielder in on loan. Strootman joined Marseille for £22.7m from Roma last summer and has featured in 27 of their 37 Ligue Un games so far this season, but Les Phocéens ‘need to cut costs’ after missing out on European qualification with a disappointing sixth-placed finish.

Little else is said of the move, with Sky pointing out that United’s ‘massive overhaul’ will rely more on ‘securing home-grown young players of potential’. The Strootman link appears to genuinely be based on the fact United wanted him about five years and three managers ago.

CANCELO CULTURE
In more realistic news, Manchester City are spending €60m on a full-back. They ‘are closer to securing the signing’ of Joao Cancelo.

The Juventus right-back has been a mainstay in their side this season, featuring more often than all but nine teammates. He only joined from Valencia in June 2018 for £35.5m, but The Old Lady stand to make a healthy profit.

Portuguese newspaper Record report that City ‘are already approaching the values’ Juve have set on the 24-year-old, which translates to an offer of around £53m. The story is unfortunately behind a paywall, but still.

Calciomercato throw a spanner in the works and say Cancelo, whose post-January form was apparently ‘awful’, ‘will likely stay at the club’ after Massimiliano Allegri’s departure as manager. But then Calciomercato think Manchester United have qualified for the Champions League, so yeah.