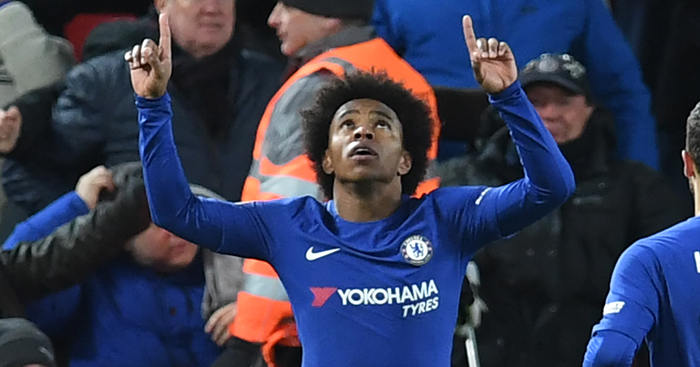 HIGUAIN SWAP FOR MORATA. ERM…
You have to hand it to Gazzetta dello Sport in Italy: they have some award-winning optimism. Their latest claim is that Chelsea will swap Alvaro Morata for Gonzalo Higuain, with no money changing hands.

Chelsea have consistently aimed to buy young, rather than ready-made players. This would be a clanging change from their norm.

NZONZI TRYING TO FORCE ARSENAL MOVE
Good on Steven Nzonzi, who hasn’t let Arsenal reportedly signing Lucas Torreira off him trying to engineer a move to the same club.

The Daily Mail say that Nzonzi has submitted a transfer request to Sevilla, which is a ballsy move when you’re currently at the World Cup. It’s also a bit sh*tty given that he has a £35m minimum fee release clause. Surely Sevilla are with their rights to say ‘someone pays that, you can go’. The problem is that nobody seems to want to.

Nzonzi is best known for not having an apostrophe in his name, despite loads and loads of media outlets putting one in.

MAN UNITED TOLD ASKING PRICE FOR WILLIAN
Those rumours linking Manchester United and Barcelona with a move for Willian just won’t go away. With Jose Mourinho wanting a right-sided attacking player to supply service to Romelu Lukaku and enjoying linking up with players he has previously worked with, maybe Willian does fit the bill.

The latest update comes from Mundo Deportivo, who are clearly pushing the angle that he will join Barcelona during this transfer window. They say that Chelsea have slapped an asking price of £70m on the Brazil international.

One thing that does seem to be lost in all this discussion is Willian’s age. He turns 30 next month, which would surely make a £70m move a touch expensive?

AND THE REST
Huddersfield and Wolves are leading the chase for £18m-rated Middlesbrough winger Adama Traore… Celtic and Rangers both want to sign Liverpool’s Harry Wilson… Riyad Mahrez is not training with Leicester City as his move away from the club nears.