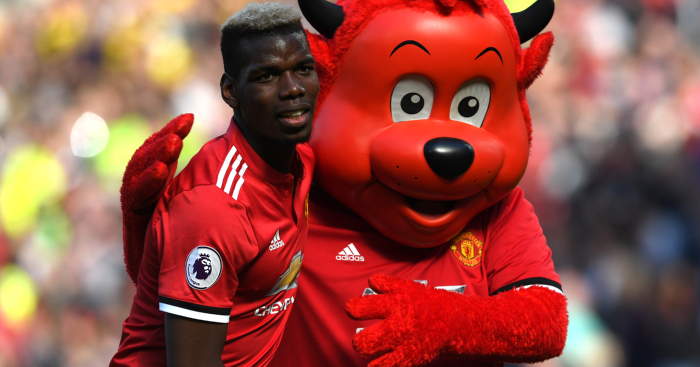 MAN UNITED TO SWAP PAUL POGBA
Well, well. Here is a big exclusive from The Sun. They say that Manchester United have been offered Marco Verratti plus cash for Paul Pogba.

Dan King then qualifies those claims by saying that Manchester United may not even entertain an offer for Pogba, but that Paris Saint-Germain would also consider a cash-only deal to sell Verratti.

This sounds very much like Mino Raiola shenanigans. Both Pogba and Verratti are clients of his, so he might actually be able to get paid out twice here.

It’s also worth saying that some reports have said that Verratti is close to signing a new deal in Paris. Basically, this feels like a non-starter.

ROONEY IS ACTUALLY GOING
Remember when MLS clubs just used to sign ageing has-beens in order to increase the brand, but actually weakened the league by doing it? Well.

Wayne Rooney is on the verge of completing his move to DC United. ESPN say that he has been considering his future for the last few weeks, but has now decided to accept the move. Rooney will be paid £300,000 a week, and actually have a chance of starting every game. That won’t happen at Everton.

We’re also told that Everton will forego any fee for Rooney, which is awfully good of them given that they are getting rid of their highest-paid player who they didn’t really want.

The Independent quote a ‘high-ranking Sevilla official’, who says that there is no chance of Banega leaving Sevilla. They also believe that Arsenal have higher priorities in the transfer market than a creative central midfielder.

There was a concern that the lack of Champions League football would force Sevilla to shed a few key players, but Banega is apparently way down that list.

LOFTUS-CHEEK LOANED OUT AGAIN?
Let’s get this right: If Chelsea loan out Ruben Loftus-Cheek again having a) watched him at Crystal Palace, b) watched him for England and c) watched their own central midfielder signings last season, they don’t deserve to keep him. Quite what he has to do to break into the first team is anybody’s guess.

In the Daily Mail, Sami Mokbel writes that Chelsea do not wish to entertain permanent offers for the midfielder, but believe he will be deemed as a peripheral squad player by Maurizio Sarri. That would lead to another season-long loan, with Palace and West Ham keen. Every club in the Premier League should be keen.

AND THE REST
Newcastle’s Yasin Ben El-Mhanni is attracting interest from Watford, Leeds and Wolves… West Ham midfielder Manuel Lanzini will miss the whole of next season… West Ham will send defender Sam Byram to Nottingham Forest on season-long loan deal… Brighton defender Lewis Dunk has been told that Arsenal won’t be moving for him… Chelsea are in advanced talks to sign Serie A defenders Kostas Manolas and Daniele Rugani.