Spurs wanted £50m for Wanyama in the summer. What about now Man United are 'probing' him? 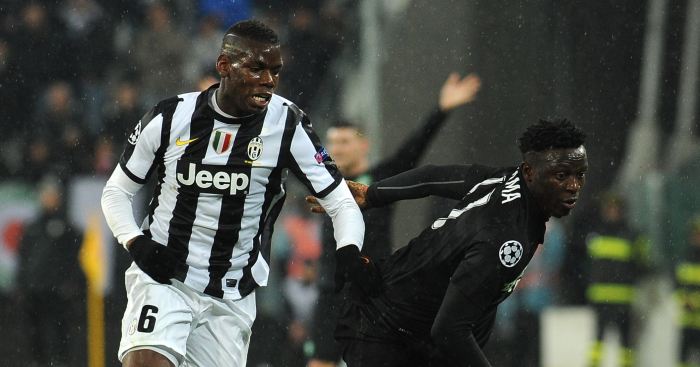 Any idea where he is? The Manchester United centre-half has not been seen since October 6, when he was humiliatingly hauled off after 19 minutes in the 3-2 defeat to Newcastle. Rio Ferdinand couldn’t “see a way back for Bailly” then. He surely doesn’t now.

According to ESPN, the 24-year-old is ‘becoming increasingly unsettled by his lack of opportunities’ at Old Trafford, and discussions over a contract extension ‘have yet to take place’. His current deal expires in summer 2020, but United probably have an automatic one-year option, just like with literally everyone else they employ.

Bailly is said to be ‘happy’ in Manchester, but ‘he fears that he has lost Mourinho’s faith’. And that is an awfully difficult thing to retrieve. The absolute best of luck to him on this quest.

If he fails, he will have to look elsewhere. And AC Milan are interested. The Italian club ‘are attempting to discover United’s valuation’ of a player they signed for £30m in two years ago.

United are also ‘aware of interest in Bailly from within the Premier League’, which we assume means Arsenal and Tottenham.

THE CHOSEN WAN
Speaking of Manchester United, Tottenham and seamless segues, Ed Woodward and Daniel Levy might well have been in contact with each other again. The former is said to have scuppered the latter’s plans to sign Anthony Martial in the summer, but has returned, cap in hand, in an attempt to sign one of Mauricio Pochettino’s boys.

The claim comes from Tuttosport, who Tuttoreport that it’s ‘not by chance’ that United have ‘probed’ Tottenham over the availability of Victor Wanyama. Thank you to the lovely folks of Sport Witness for the translation.

The story itself is about Paul Pogba, who Italian media continue to insist wants to rejoin Juventus. And Tuttosport say Wanyama has been identified as a potential replacement, despite being pretty much the opposite style of player. Lord (and everyone, really) knows what kind of similarities Tuttosport are claiming there.

Wanyama, who Liverpool supposedly wanted that one time because Steven Gerrard said he liked him, was valued by Tottenham at £50m in May, even though reports regularly name him as one of the players the north London club wants to offload. That said, they won’t want to lose him to a Premier League rival.

Quite why we are treating this story with anything but contempt is beyond us. Victor Wanyama is a) not a Paul Pogba replacement, b) won’t be joining Manchester United, and c) likes spaghetti.

LOAD OF OLD ARSE
Sorry to return to that first Bailly claim, but the best part about it is that AC Milan are reportedly about to appoint a new manager. And his name is Arsene Wenger.

France Football say the former Arsenal manager ‘has been negotiating for a few weeks’ with Milan, who are languishing in fourth in Serie A, and second in their Europa League group. Why do they want rid of Gennaro Gattuso again?

Maybe because Wenger is ready ‘for a quick start’, and two of the people who work for new Milan owners, Elliott Management Corporation, are Arsenal fans. Perhaps that’s it.

AND THE REST
Manchester City have looked into the availability of Lille forward Nicolas Pepe, 23, with the Ivory Coast player scoring eight goals so far this season… Southampton manager Mark Hughes could be sacked if Saints fail to beat Watford on Saturday, with Sam Allardyce and David Moyes favourites to replace him… Argentina defender Pablo Zabaleta, 34, is seeking a move away from West Ham to the Middle East… Senegal forward Mbaye Diagne, 27, who plays for Turkish side Kasimpasa, is a January transfer target for Wolves.