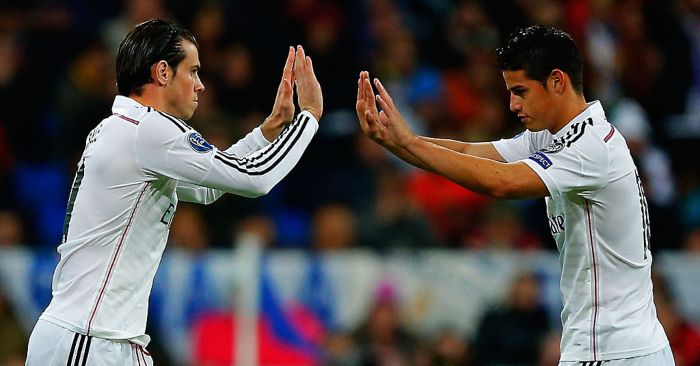 SWAP SHOP
Manchester United are ‘furious’ with constant rumours linking them with £64m Bruno Fernandes, and want everyone to know they dumped £90m Paulo Dybala as he was walking out the door.

So to be fielding ‘derisory’ part-exchange offers from Real Madrid for Paul Pogba at this time is the last thing they need. But The Times say a bid of £27.4m and James Rodriguez has been rejected.

It does not come close to United’s £150m valuation of Pogba, who they ‘insist will start the season with them’. Imagine starting the summer wanting to move to the Bernabeu and ending it being captained by Ashley Young.

STICK YOUR BEEK IN
Not that Real will be too bothered. Marca say they have already moved on to Ajax midfielder Donny van de Beek.

It is a ‘disappointment’ for the Spanish giants that they could not tempt United into a deal on Pogba, but they see the Frenchman as ‘an impossible mission’. Van de Beek is ‘hours away’ from joining instead.

The early closure of the Premier League transfer window has been the main obstacle all summer, and so Real ‘will reinforce their midfield’ with one of the stars of last season’s Champions League.

CANCELO CULTURE
While United master the art of looking busy, their cross-city rivals are both talking the talk and walking the walk. Less than a day after picking up their latest trophy, Manchester City are swapping Danilo and £32m for Joao Cancelo.

City have targeted Cancelo throughout the transfer window, and Pep Guardiola’s ‘quest for a full-back’ is soon to be fulfilled. Cancelo ‘had fallen out of favour’ in Turin, mainly due to his ‘poor temperament’, and ‘would not have featured in new manager Maurizio Sarri’s plans next season’.

Danilo’s exit ‘comes as a result of misunderstandings’ with Guardiola, this is ‘a largely mutual departure between all parties’. Everybody’s happy.

AND THE REST
Barcelona have ruled out re-signing Paris St-Germain’s Brazil forward Neymar, 27, this summer… Newcastle United will not be making a move for their former striker Andy Carroll. The 30-year-old Englishman is now a free agent after leaving West Ham United… Tottenham are set to include English midfielder Josh Onomah, 22, in their £30m deal for Fulham and England Under-21 defender Ryan Sessegnon, 19… Crystal Palace are set to sign 25-year-old Spain midfielder Victor Camarasa – who spent last season on loan at Cardiff City – from Real Betis on a season-long loan, with an obligatory option to buy for £13.7m… Newcastle and Aston Villa are interested in Rangers’ English right back James Tavernier, 27… Brentford’s 22-year-old forward Neal Maupay will join Brighton on a four-year contract… The Seagulls will pay a club record fee for Frenchman Maupay… West Ham are targeting a fifth summer signing but will not move for former Chelsea and England international defender Gary Cahill, 33… Crystal Palace are instead closing in on a deal for Cahill and will pay him £75,000 a week.