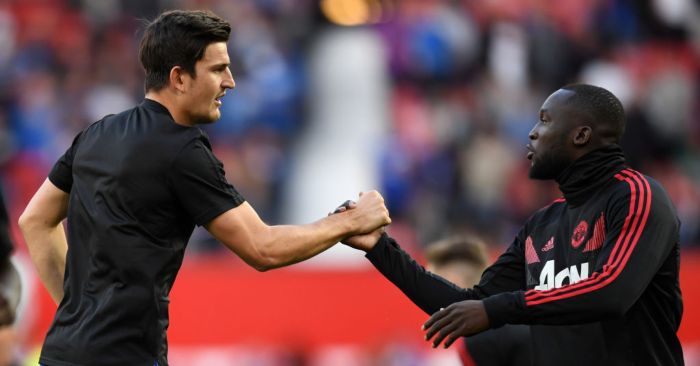 MERRY MAGUIRE
It seemed at one point as though Harry Maguire would form the cornerstone of Manchester United’s transfer throwback. A seasoned international and relative Premier League veteran at 26 could supplement the young, British and buzzy squad Ole Gunnar Solskjaer was building.

But after vetoing all of Jose Mourinho’s central defensive targets bar Raphael Varane last summer, Ed Woodward is sticking to his guns. He simply cannot legislate a £100m deal for good ol’ Slabhead.

The Daily Mirror say United ‘are out of the running’ for Maguire after Leicester’s world-record demands. The Foxes wanted an initial £90m, plus £10m in add-ons, leaving United, who had valued him at £60m or so, ‘stunned’.

It is unknown whether those demands will see Manchester City pull out of the race too. Pep Guardiola sees Maguire as ‘the ideal partner’ for Aymeric Laporte, but that really is a hell of a price to pay.

Fabrizio Romano of The Guardian says Inter ‘are preparing their first bid’ for the striker, which involves a £9m fee paid for a two-year loan, followed by an obligation to buy for around £53.8m. Lukaku most certainly wants to join, and United are hardly desperate to keep him, but that will surely not be enough.

It has been reported previously that United want around £80m for Lukaku, a rare profit on the £75m they paid Everton in 2017. Mind you, £5m of any deal goes to the Toffees, so they basically just want to break even. Less than £10m for a two-year loan won’t do it.

WELCOME MAT
It seemed as though Chelsea would reject the chance to bypass their transfer ban in the only way they could. But the ‘second thoughts’ they were having over Mateo Kovacic have subsided. The midfielder is staying at Stamford Bridge.

Pretty much everyone is reporting it, from Gianluca Di Marzio to the well-sourced Daily Telegraph. Chelsea had to come to a decision over the Croatia international by June 30, with the player’s registration still owned by the Blues as part of his loan deal this past season. Frank Lampard must want to work with Kovacic, as it will take just short of £45m for the move to go through.

Matt Law says Chelsea ‘have reached an agreement’ with Real Madrid to sign the player permanently, so the only obstacle is personal terms. How many times will he be contracted to either replace or be replaced by Ross Barkley?

AND THE REST
Ajax centre-back Matthijs de Ligt has accepted a contract offer from Juventus, who will now hold talks with his club to try to agree a deal worth £70m for the 19-year-old. However, Paris St-Germain have still not given up on signing the Dutch international… Manchester United will meet with the agent of Portugal midfielder Bruno Fernandes, 24, to try to secure his £70m move from Sporting Lisbon… Juventus have asked Adidas for financial help in a bid to sign Manchester United and France midfielder Paul Pogba, 26… Manchester City could scupper Watford’s deal to sign Fluminense forward Joao Pedro in January 2020 by taking advantage of a £17.9m clause in the contract to hijack the move for the 17-year-old Brazilian… Arsenal and Uruguay midfielder Lucas Torreira, 23, says AC Milan have not made contact with him over a possible return to Serie A… Bayern Munich have held talks with Barcelona and France striker Ousmane Dembele’s agent over a move for the 22-year-old… PSG have opened talks with AC Milan over a potential £46m deal for 20-year-old Italy goalkeeper Gianluigi Donnarumma… Huddersfield Town’s English defender Tommy Smith, 27, is wanted by Championship rivals Stoke City and Scottish champions Celtic.