Man United wanted Douglas Costa, but they won't get him in January. Spurs are making £15m moves, mind. 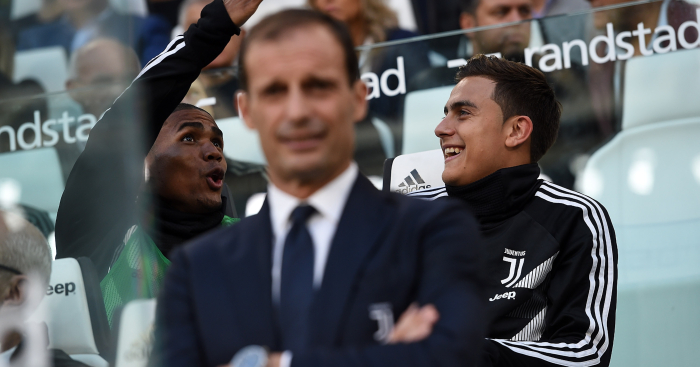 COSTA BOMBSHELL
December is not even out yet and one of Manchester United’s main January transfer window plans has already been scuppered. Their main target will not be joining next month.

Calciomercato were one of many outlets reporting of a £53.9million bid for the Juventus winger at the start of the week, but that has been rebuffed in the most emphatic way possible. The same website says the Italian club have a ‘clear position’ on the matter: they have ‘no intention’ of selling Costa right now.

There will be ‘no opportunity’ to sell a player that the Juventus hierarchy believes is ‘essential’, particularly in the Champions League. And the Brazilian himself has not said that he wants to leave. ‘ In the summer it will be possible to make evaluations, but in January Douglas will not say goodbye to Turin,’ the story says. So that’s that.

MAX POWER
Of the many people who would disagree with that claim that both Leeds and Norwich are “not good for English football”, Max Aarons would be chief among them. The 18-year-old right-back made his professional debut under Daniel Farke earlier this year, quickly earning an England youth call-up for his performances.

The teenager is now earning admiring glances from the Premier League. And Tottenham are no ordinary Premier League side: Mauricio Pochettino makes a point of nurturing, developing and improving young English talent.

The Sun suggest that is his plan, as Spurs are contemplating making a £15m bid for Aarons next month. They have scouted him at each of his matches, and wish to ‘bolster their squad’. With Kieran Trippier not in the best of form and Serge Aurier similarly inconsistent, that is not a terrible idea.

Spurs face not only competition from RB Leipzig, but resistance from Norwich. The Canaries ‘are under no financial pressure to sell’, having generated plenty of proceeds from player sales in the summer. So their ‘only hope’ of getting the player in January ‘would be to then loan him straight back’ for the rest of the season. Which they did to great effect with Dele Alli, so don’t rule it out.

AND THE REST
West Ham United have had a £6.5m bid for Chile midfielder Gary Medel, 31, rejected by Turkish club Besiktas… Watford fear they could lose French midfielder Abdoulaye Doucoure, 25, to Paris St-Germain next month and may move for Nice’s former France Under-18 international Adrien Tameze, 24, as a replacement… CSKA Moscow chief executive Roman Babaev believes on-loan Everton forward Nikola Vlasic, 21, wants to stay at the club but says the Russian outfit may not be able to afford to sign the Croatia international permanently… Newcastle United manager Rafael Benitez does not think the club will be ready to make a signing early in the January transfer window.