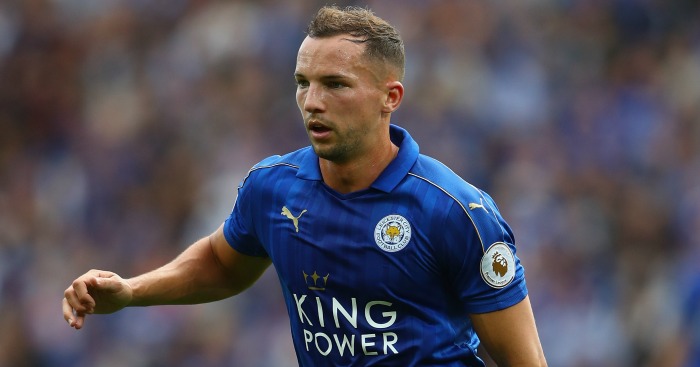 MANCHESTER UNITED WANT £30M DRINKWATER
Well isn’t this a big shout? Plenty of the big transfer news on The Sun’s website looks suspiciously like it has been written to garner clicks, but this is a Neil Custis exclusive that is also in the paper. Here we go.

Custis writes that Manchester United manager Jose Mourinho has identified Danny Drinkwater as a transfer target for January. There is a question as to why United wouldn’t have targeted Drinkwater in the summer, given that the Leicester midfielder has only recently signed a new contract, but still.

‘Mourinho believes Drinkwater is the man to sit in front of the back four and give the likes of Paul Pogba more freedom to push on,’ Custis writes. If that’s true, it’s bad news for Morgan Schneiderlin, Michael Carrick, Marouane Fellaini and Bastian Schweinsteiger.

MANCHESTER CITY EYEING BELLERIN SWOOP
Another meaningful piece of transfer news concerns Hector Bellerin. Only a fortnight ago we were told how Barcelona had given up hope of signing the Arsenal right-back, but now Manchester City are being linked.

David Anderson writes that City are hopeful of exploiting the uncertainty in Bellerin’s future, with a new contract still not signed. Arsenal, for their part, are adamant that Bellerin is going nowhere, and will reject all advances from City and Barcelona.

The added complication for Arsenal is that Barca’s vice-president has been talking Bellerin, and dropping some unsubtle hints that he is their main target at right-back after all.

“We’ve already seen him as a Cule,” Jordi Mestre told Spanish newspaper Sport. “He’s a great player, there’s no doubt about that.

“Wenger convinced him to move and promised him something, which we couldn’t. We could not promise him that within two years he would be playing in Dani Alves’ place.

“In many cases it’s good that they leave to develop as players and then return. Look at the cases of Cesc, Pique, Alba and Denis Suarez.”

WEST HAM REJECTED PAYET EXIT WISH
West Ham’s season may have started awfully, but it would have been a whole lot worse had Dimitri Payet left this summer. Payet committed his future to West Ham after Euro 2016, but Squawka say that the attacking midfielder did ask to leave.

Greg Stobart writes that Payet asked West Ham to let him join Real Madrid, a request that was rejected. Paris St Germain were also interested in signing the Frenchman. So there you go.

AND THE REST
Chelsea midfielder John Obi Mikel will look for a new club in January… Chelsea goalkeeper Thibaut Courtois received a ‘get well soon’ message from Real Madrid when he was injured… Tony Pulis is considering whether to sign former Arsenal striker Marouane Chamakh on a free transfer, but will not offer a deal to Mohamed Sissoko… Stoke’s Bojan Krkic will apply to be eligible for Serbia’s national team… Billy Davies is in talks with St Mirren over their manager’s job.