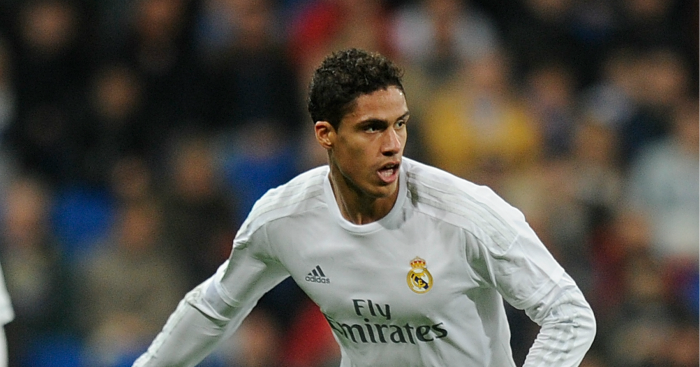 MOURINHO HASN’T GIVE UP ON VARANE
You suspect that whatever happens between now and September 1, Jose Mourinho will be pretty satisfied with his summer’s work. Yet Spanish newspaper AS claims that Manchester United’s manager is still hopeful of one more big-money buy: Raphael Varane.

Varane has been linked with United on numerous occasions since Mourinho was appointed, but the club chose to sign Eric Bailly instead. However, with Mourinho still reportedly after another central defender, AS claims that he will make a move for the Real Madrid defender.

Varane has not so much dropped out of favour at Real, but there is no doubt that Pepe and Sergio Ramos are Zinedine Zidane’s first choice pairing. Still can’t see Real letting him leave for anything below silly money.

BRAVO OR PATRICIO TO REPLACE HART
It was the big story of the Premier League’s opening day, England’s No. 1 goalkeeper dropped by Pep Guardiola for his first league game in charge of Manchester City.

Unsurprisingly, Sunday’s papers report on just who City will be targeting as their long-term No. 1. Friday and Saturday brought stories linking Barcelona goalkeeper Marc-Andre Ter Stegen with a move, but Spanish newspaper Sport claim that City have agreed personal terms with Claudio Bravo, Ter Stegen’s teammate.

Elsewhere, the Daily Mirror claim that Portugal No. 1 Rui Patricio is being lined up as Hart’s replacement, as Barcelona have refused to sell Ter Stegen to City.

The story by Anthony Chapman claims that Spurs are preparing a £13m bid for the midfielder, who Everton and Milan are both also reportedly interested in.

The Sun also claim that Mauricio Pochettino must sell to raise funds before he can buy Silva, which would seem very odd given that he only costs £13m, even with the new stadium on the way. If Bournemouth can spend £15m on Jordon Ibe…

AND THE REST
Arsenal have had a £14m bid for Juventus midfielder Mario Lemina rejected… Chelsea defender Michael Hector is set to complete a season-long loan move to Eintracht Frankfurt… Middlesbrough are hoping to beat Newcastle to the loan signing of Everton full-back Brendan Galloway… West Brom are considering a move for Hull City striker Abel Hernandez should Saido Berahino leave the club… James Tavernier is set for a shock move away from Rangers with Turkish side Trabzonspor set to spend £2.5m on the defender… Crystal Palace could turn their attentions to West Ham striker Andy Carroll if they fail in a move for Christian Benteke… Tottenham are ready to spend £3m on 16-year-old Fulham left-back Ryan Sessegnon after playing in just one senior game… Everton are set to beat West Ham to the signing of Lyon’s £10m-rated winger Rachid Ghezzal.