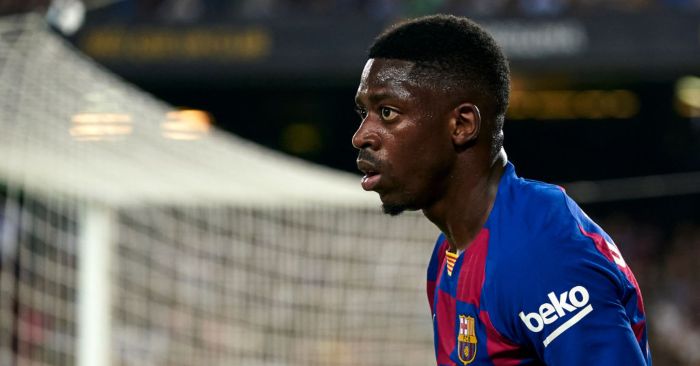 FORWARD THINKING
It turns out that selling the most expensive striker and loaning out the highest earner in your club’s history, and replacing them both with an unseasoned and undeveloped teenager, is not the brightest idea. Romelu Lukaku and Alexis Sanchez both had their foibles, but Manchester United were at least fully aware of them. There is a fear of the unknown when it comes to Mason Greenwood, who should never have been expected to shoulder such a burden.

Sod’s law dictated that even he is beginning to feel the quite literal strain. Tonsillitis sidelined Greenwood against West Ham, where Marcus Rashford (groin) joined Anthony Martial (waste of money) in the treatment room. Jesse Lingard ended the game at centre-forward, leaving United on the brink of justified liquidation.

Their predictable response will be to wait it out until January to find a short-term solution. Even though Martial is expected back soon and Greenwood won’t be out for long, The Independent say plans are in place to act in the winter.

They claim that in the aftermath of the West Ham defeat, Ole Gunnar Solskjaer and Ed Woodward ‘had a long discussion about the state of the squad and future plans…with January signings discussed’. The manager ‘insists the level of the squad must be improved’, with particular eyes on his forward options.

United ‘ultimately decided against a bid’ for the latter, partly due to the 33-year-old’s age, but needs must. And a source says Demebele is ‘under consideration’, with Barca ‘willing to do business’. Although it would cost ‘in excess of £100m’, so Mandzukic is certainly the cheaper option.

BOY WHO CRIED WILF
Quite what an Italian transfer website would ordinarily know about an Ivorian wanting to leave an English club is a mystery. But Calciomercato claim to have such inside information on Wilfried Zaha.

They say that the winger will pursue a Crystal Palace exit in January, and the club ‘may decide to concede and sell the player for a reduced price’ to ‘avoid poisoning the dressing room’.

1) If Palace refused to sell Zaha in the summer, they will absolutely not jeopardise their season by letting him go for even less halfway through the campaign.

2) Zaha won’t ‘poison the dressing room’ if he stays.

Calciomercato at least kindly link to where this initial story came from. And the original source is a little website called Calciomercato. The English version of the website is lovely enough to give props to its Italian cousin. And that’s synergy. And b*llocks.