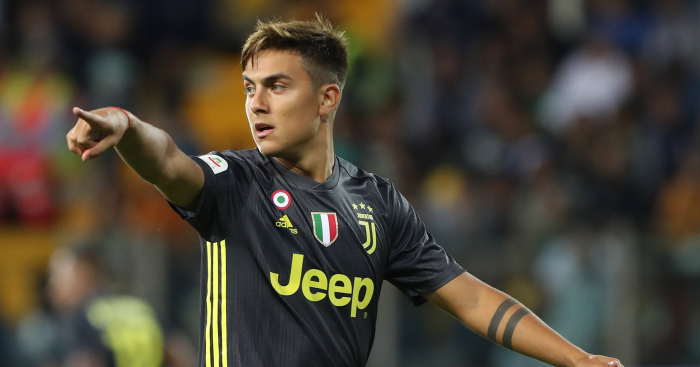 MOURINHO WANTS DYBALA IN JANUARY
Have you ever started writing about a transfer claim, safe in the knowledge that it is a load of guff? Good, I want to join your club.

When you get the dream combination of the Daily Star translating a rumour from Calciomercato, you know it’s good. They claim that Jose Mourinho is intent on signing Paulo Dybala in January, and wants Manchester United to spend £107m.

The idea, apparently, is that United use Dybala just off Romelu Lukaku to give him more support. They then play one left and one right of Dybala, most likely Alexis Sanchez and Jesse Lingard. Does that sound sexy?

Still, there’s so much to bloody sort out with Manchester United and Jose Mourinho’s future that we can’t take any rumours of £100m+ players seriously.

As it happens, Barcelona are targeting two Spanish Premier League left-backs, and Alonso is not one. Step forward Nacho Monreal and Alberto Moreno.

The story comes from Mundo Deportivo, who claim that Barcelona are looking for a back-up option to Jordi Alba after Lucas Digne to Everton in the summer. If they think that Alberto Moreno is good enough to be that, they better be wrapping Alba in cotton wool every night.

DIRECTOR OF FOOTBALL RUMOURS ARE THE NEW TRANSFER RUMOURS
‘Manchester United looking to complete the signing of Andrea Berta’ is a headline that you will read on several websites on Wednesday, because people are naughty enough to try and convince you that it’s a transfer.

Andrea Berta is Atletico Madrid’s sporting director, and the London Evening Standard reckon he could soon be taking up the same position at Manchester United. Ed Woodard is meant to be a huge fan of the Italian.

There are other names mentioned too. Fabio Paratici at Juventus and RB Leipzig’s Paul Mitchell. This one is going to run and run (and you aren’t really going to care).