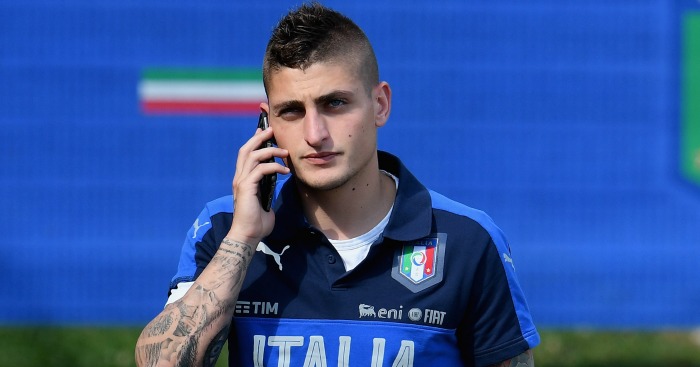 Mourinho ‘wants to rebuild his midfield’ – if the Daily Mirror are to be believed – and Marco Verratti is his ‘top target’. They enquired last summer and Paris Saint-Germain came back, asking for £100m. United believe ‘a similar fee’ will be required 12 months on.

The ever ambitious West Ham are also interested in Verratti, and this ‘will come as a blow’ to Manuel Pellegrini. But they remain intent on keeping Marko Arnautovic, even with interest from Everton.

UNAI V SVEN
Arsenal are shopping in a slightly less illustrious market. And Unai Emery and Sven Milsintat appear to disagree over which midfielder they need.

Yet again it is the Mirror with the scoop, as they say Emery wants to link up again with Steven N’Zonzi, who he managed at Sevilla. Arsenal actually wanted the Frenchman in January, but Mislintat ‘decided against taking it any further’.

Emery ‘has had to convince the club’s hierarchy’ that N’Zonzi would be the ideal summer signing a few months on, and seems to have won the battle. Mislintat has given the move the green light ‘after conversations with Emery about the player’.

Mislintat ‘would like Emery’ to at least think about making a bid for Abdoulaye Doucoure, however. He’d certainly cost a little more.

STICKY TOFFEES
Why not complete the Mirror hat-trick? And sticking with Everton, pretty much their only other valuable asset is still a wanted man. Richarlison endured a pretty poor second half of the season, but Everton are still interested.

Watford will not listen to any offers below £40m for the Brazilian. But here’s the kick: they ‘will not sell to Everton at any price’.

The Hornets are still a little p*ssed off with Everton, and simply won’t do business with them.

AND THE REST
Wales forward Gareth Bale, 28, will keep Manchester United waiting for a decision on his future until he sees who becomes the new Real Madrid manager… Manchester United target Mateo Kovacic, 24, has hinted at a move away from Real Madrid,saying he wants more playing time. The Croatian midfielder started only 10 La Liga games last season… Cristiano Ronaldo told his Real Madrid team-mates before the Champions League final that he wanted to leave the club. The Portuguese forward, 33, has been linked with a move back to Manchester United… West Ham manager Manuel Pellegrini wants to sign English midfielder Jack Wilshere if the 26-year-old leaves Arsenal… Liverpool target Thomas Lemar looks to be on his way to Atletico Madrid. The 22-year-old France international is valued at around £90m… Paris St-Germain and Argentina midfielder Javier Pastore, 28, may have to take a pay cut if he is to join West Ham.