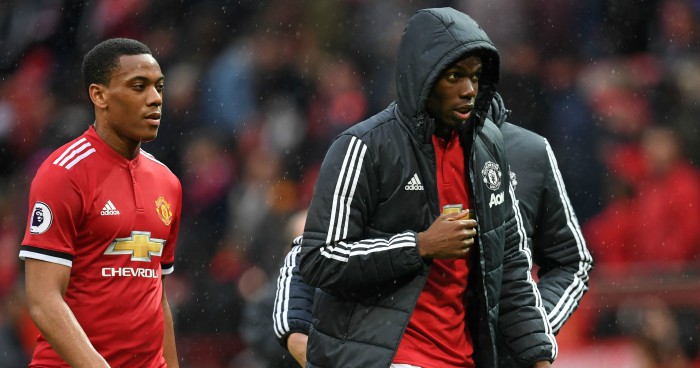 MOURINHO WANTS FOUR IN SUMMER
The Manchester United boss is publicly talking about spending a minimal amount this summer – enough to replace Michael Carrick and Marouane Fellaini, but the Manchester Evening News is having none of that; they claim that Mourinho is ‘expecting the resources to significantly close the gap on City’.

They say that ‘as many as two defenders and two more midfielders are on the agenda’, with big names likely to exit. Paul Pogba could yet leave the club while Luke Shaw and the fellow below could leave.

MARTIAL CAN LEAVE MAN UNITED
This comes from Duncan Castles in the Sunday Times so we presume this comes pretty much straight from the camp of Jose Mourinho. He claims that the Manchester United manager ‘is prepared to sanction a summer sale of Anthony Martial if the France international decides he wants to leave Old Trafford’. And Martial probably will want to leave Old Trafford after being left out of Saturday’s FA Cup semi-final line-up.

I'll never accept a player like Martial being allowed to leave United. Letting a young talent like that go defies what United is all about. But it's going to happen.

OBLAK IS MAN IN DEMAND
The first thing any new Arsenal manager needs to do this summer is buy a keeper, and it sounds like the Gunners are on the case with Spanish newspaper AS claiming they are one of four clubs interested in Atletico Madrid stopped Jan Oblak. The others are Liverpool, PSG and Juventus.

The man himself said on Sunday: “What will happen well nobody knows, not even me. I prefer to finish the season well and hopefully with a title. Then we’ll see but I have a contract. I do not think of anything other than Atletico.”