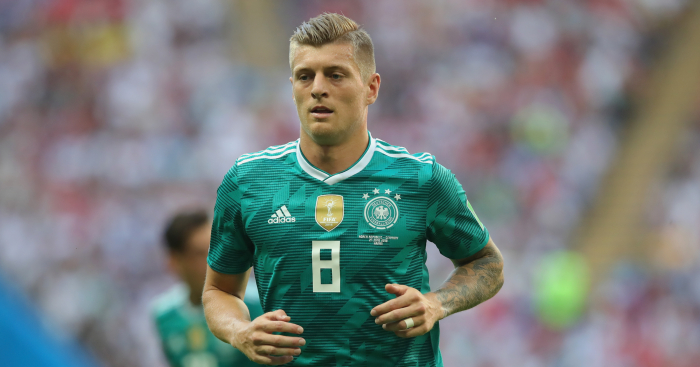 MAN UNITED TO MAKE KROOS APPROACH, BUT JUST €500M
Another day, another transfer story about Manchester United signing a player that we simply can’t get on board with. Spanish newspaper AS believes that Jose Mourinho sees Toni Kroos as the perfect addition to his central midfield. He might well do.

AS say that Mourinho has been desperate to sign Kroos for some time, but also that Real Madrid has absolutely no intention of selling the German. They then casually mention that if Real got an offer that matched Kroos’ minimum fee release clause then they would obviously have to sell.

That’s all very well, but Kroos’ release fee is €500m. Good luck with that one, guys.

WILSHERE OFF TO TURKEY?
It looks like the saga over Jack Wilshere’s future could finally be resolved. We’d assumed that Wilshere would end up at West Ham or Crystal Palace, but perhaps that was a little unfair.

Turkish media outlet Sabah and journalist Volkan Demir say that Wilshere is in Istanbul to finalise a move to Fenerbahce, which would be a massive surprise. We are told that the Turkish Super Lig side have offered Wilshere a longer contract than he could expect in the Premier League.

You know what, we still don’t believe it. This all sounds too much like posturing to be reliable just yet. Is Wilshere and his agent just trying to smoke out a better offer?

MORATA WILL DEMAND TO LEAVE CHELSEA
Things didn’t go particularly well for Alvaro Morata at Stamford Bridge last season. He suffered a couple of injuries, completely lost form in front of goal and then got dropped for Olivier Giroud.

Now, it looks like Morata may be leaving the Premier League after just one season. Italian journalist David Amoyal says that Morata will sit down with club officials next week and tell them that he wants Chelsea to listen to offers for him.

We are told that Chelsea will expect between £65m and £70m for Morata, which would at least mean that they make profit. It would leave them needing a major new transfer signing, which is exciting.

AND THE REST
Daniele Rugani’s agent claims the Juventus star’s move to Chelsea hinges on incoming boss Maurizio Sarri… Chelsea have initiated talks with the representatives of CSKA Moscow midfielder Aleksandr Golovin… Everton are weighing up a move for Celtic star Kieran Tierney… Stoke are refusing to go above £4m for West Brom winger James McClean.