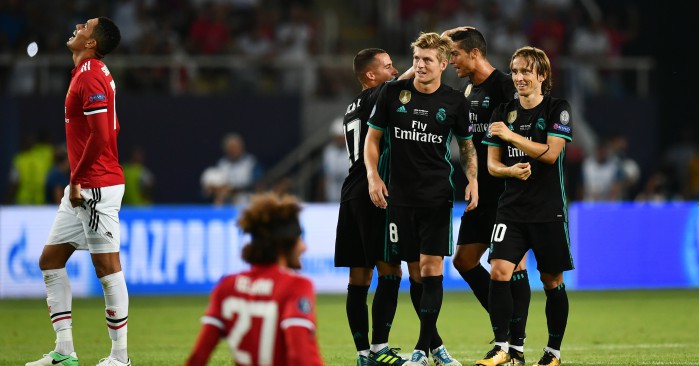 WILLIAN PRICE HALVED IN THREE WEEKS
Remember when The Sun claimed that Manchester United want Willian and that Chelsea would ask for ‘up to £60m’ for the Brazilian. We covered it in our Gossip last month. We were suitably cynical about United paying £60m for a player who will be 30 by the time next season begins, but it turns out that the key part of that phrase was ‘up to’; the price is now £30m.

The Sun now exclusively claim that ‘Juan Mata could be on his way out of Manchester United with long-standing target Willian set to replace him’. We are pretty sure that we have heard it all before; is the ‘exclusive’ that it’s all in one sentence for the first time? They say that ‘Willian’s Stamford Bridge contract lasts to 2020 and they would demand a £30million fee – the same price they paid to Shakhtar Donetsk five years ago’. It certainly seems more likely than £60m, that’s for sure.

FABINHO WANTS MAN UNITED…
Actually, he not just wants Manchester United, he is ‘desperate’, according to the Sun online. They say that the Monaco midfielder ‘is keen on forcing through a summer move to Manchester United’ after being denied a transfer last summer because the French club had already agreed exits for Bernardo Silva, Benjamin Mendy and Kylian Mbappe. He is not prepared to waste another year in pointless pursuit of PSG.

‘SunSport have been told Fabinho is valued at around £55million by the French giants and the player will allow super-agent Jorge Mendes to make the move to the Premier League happen.’

So does that mean that Fabinho will join instead of Nice midfielder Jean Michael-Seri or Shakhtar Donetsk playmaker Fred? Who knows? We suspect not The Sun’s Warren Haughton, but perhaps we are being unkind.

REAL WANT THREE MAN UNITED PLAYERS
This is according to the Manchester Evening News, who claim that Real Madrid have been asked to be ‘kept informed of three Manchester United players’ movements’ (is it just us who thinks ‘bowel movements’ when we read that phrase?). Those three players are David De Gea (of course), Paul Pogba and Anthony Martial. Would United sell Pogba for a big chunk of money? Well there’s a question.

Anyway, Real are also said to be ‘amenable’ to sending some players the other way, with Gareth Bale once again mentioned. This report also suggests that one of Toni Kroos or Luka Modric could also make the journey in a swap deal. It all sounds like bumpf designed to take focus away from Liverpool v City to us, but that’s just us being cynical again.

AND THE REST
Tottenham have identified Ajax defender Matthijs de Ligt as a potential summer transfer target if Toby Alderweireld leaves the club…Southampton will try to sign Barcelona’s 24-year-old Spain forward Paco Alcacer…Fulham are expecting offers of more than £20m for Scotland midfielder Tom Cairney…Everton and Bournemouth are keeping an eye on Egypt winger Mahmoud Hassan…Everton have progressed in their talks to sign Besiktas midfielder Oguzhan Ozyakup…West Ham are interested in signing Fulham goalkeeper Marcus Bettinelli.