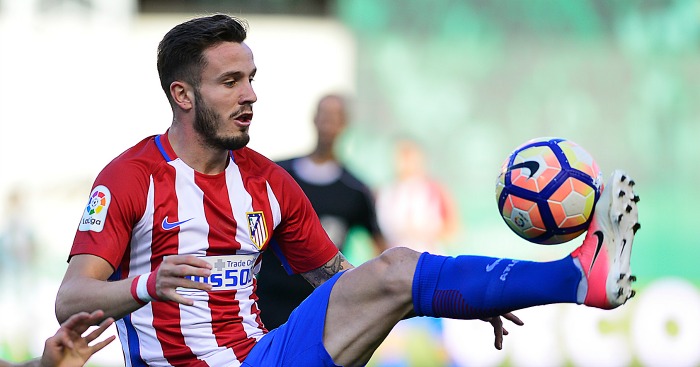 MAN UNITED TARGET MIDFIELDERS (MAYBE)
Manchester United sent scouts to watch Roma and Atletico Madrid play in the Champions League last week, so the Daily Star have taken it upon themselves to speculate about who they might have been watching.  They have come up with the names of Saul Niguez and Radja Nainggolan and claimed they could ‘replace Michael Carrick’. We are not entirely sure why Manchester United need to replace a man who has not played a single minute’s football this season.

Had they gone to watch Niguez and Nainggolan, it is fair to say that it will be Niguez who impressed the watching scouts.

REAL PLAYERS DON’T SANCHEZ
Forgive us, because Mondays are notoriously impossible for transfer gossip during the season, but we have had to resort to Don Balon. Yes, we know. And their latest claim is that Real Madrid want to sign Alexis Sanchez in January, but that several ‘senior players’, including Sergio Ramos, do not want the former Barcelona man at the club.

Apparently, and we are relying on Google Translate here, ‘the heavyweights of the Zidane team prefer it to be a young batter and future ahead’. Well you would.

DE BRUYNE IN DE MONEY
‘Manchester City will open talks with Kevin De Bruyne over a new contract in the coming weeks that could see the Belgium midfielder almost double his existing £6 million a year wages.’ claim the Daily Telegraph after the Belgian started the season in spectacular form. City are desperate to keep him out of the clutches of PSG, Real Madrid and Barcelona, and are prepared to pay him over £200,000 a week to keep him at the club.

Pep Guardiola recently called him “one of the best players I’ve ever seen in my life”, and this is a man who played and managed at Barcelona for the majority of his career.