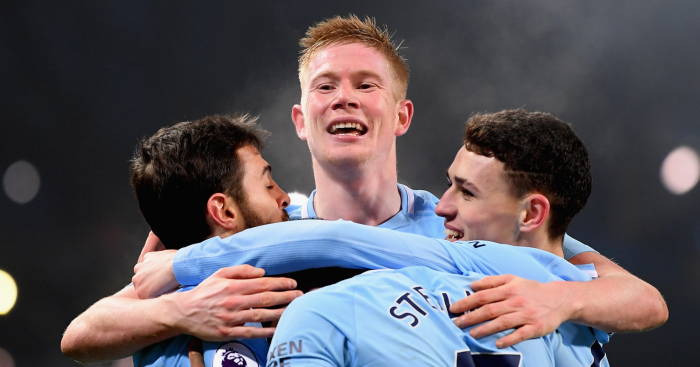 ZIZOU ARE YA?
There is absolutely no transfer gossip on Thursday morning. The advent of actual football has removed the need to scour the globe for speculation, rather selfishly making this job slightly more difficult than it needs to be.

But there is obviously news emanating from Old Trafford, and it obviously concerns that Portuguese fella Jose Mourinho. The future of a man who is overseeing a team of broken-spirited monkeys is always on the bloody agenda.

According to The Independent, Ed Woodward ‘remains reluctant to “push the button”‘, and is eager to give Mourinho yet more time to sort out this ‘total mess’. But there have been discussions over a contingency plan, and ‘some key figures’ at the club ‘are unconvinced’ that Zinedine Zidane could do a better job. He achieved remarkable success at Real Madrid, but that role ‘really required such different dynamics’. What’s more, ‘there are even some doubts from Madrid whether Zidane would want to manage this squad’.

Miguel Delaney adds that Mauricio Pochettino is therefore ‘still be the number-one target’. Sir Alex would be happy.

NEW BEGINNINGS FOR OLD LADY
Tuttosport have thankfully not received the memo on transfer speculation. They are kind/silly enough to give us ‘all the names’ that Juventus sporting director Fabio Paratici wants to sign.

They say The Old Lady ‘will now only target top players’. Paul Pogba, Kylian Mbappe and Neymar are all mentioned in passing, with varying degrees of likelihood.

Next comes the bad news for Manchester City. Juventus want three players who ‘could approach’ the level of Cristiano Ronaldo, and that has led them to ‘the three jewels’ in the Etihad crown: Leroy Sané, Raheem Sterling and Gabriel Jesus. Have they seen Jesus’s conversion rate?

‘Aiming at the top players does not mean that Juventus will abandon the young,’ however. And therefore Phil Foden and Jadon Sancho are also on their radar. Crikey.

AND THE REST
There is none. That is literally it.