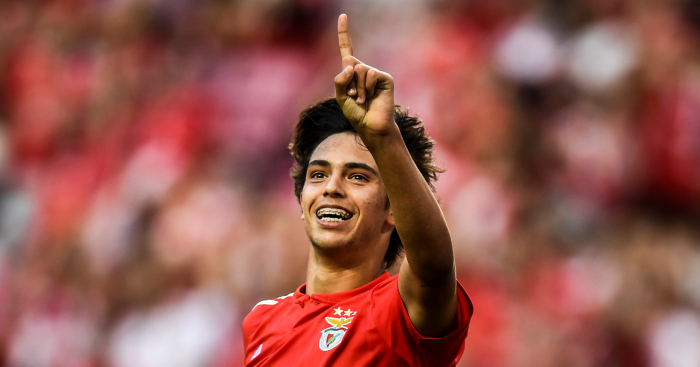 KOUL IT
It seems as though the Manchester United board are fans of this very website, because they are already striving to answer the five transfer questions posed of them on Thursday morning.

Defeat to PSG in the Champions League has seemingly scared the club into disseminating news of their huge summer plans to the media. The first of which says Ed Woodward ‘accepts significant investment is needed to restore’ their ‘place among Europe’s elite once again’.

The Daily Mirror add that United ‘need a top central defender while they also could do with new full-backs on both sides, along with a right-sided midfielder’. So not much.

But the first name on their list remains the same: Napoli centre-half Kalidou Koulibaly, who would cost ‘close to £90m’.

They are also considering moves for Lucas Hernandez of Atletico Madrid and Fiorentina’s Nikola Milenkovic, the latter ‘seen as the cheaper option of the two’.

NDOMB LUCK
Another position United need to reinforce is in central midfield, with Nemanja Matic playing all of the minutes and Scott McTominay being Scott McTominay.

Tanguy Ndombele is thought to be one of their main targets, but Manchester City take great pleasure in introducing spanner to works. They ‘will compete’ with United and Juventus to sign the Lyon midfielder, and ‘are preparing a £70million bid’.

Ndombele certainly impressed City in the Champions League earlier this season, and is already pretty bloody good at 22. So if United want to sort their central midfield out, they’d better act fast.

IVAN THE TERRIBLE
So Koulibaly will cost £90m, and Ndombele is being flogged off for £70m. Why not add another £57m to the mix?

According to Spanish newspaper Sport, United are one of a number of clubs who have ‘enquired’ about Ivan Rakitic’s ‘situation’. The imminent arrival of Frenkie de Jong, combined with a contract that expires in 2021 with no signs of an extension or improved wage, means the Croatian’s ‘future is in the air’.

Rakitic is ‘happy’ at Barca and would even ‘retire at Camp Nou if possible’, but ‘things could get tense’ after PSG offered to double his wages last summer. Barca have been unmoved however, refusing to enter contract negotiations.

The 30-year-old ‘has put pressure on’ the club as he knows ‘there’s no shortage of interest’ for his services. United, along with Chelsea, Bayern, Juventus and Inter, are all circling. But Barca know his exit ‘would not be traumatic’, and ‘the income would be important’ for their plans. They ‘believe €65million would be possible’.

COSTA BOMB
Perhaps Rakitic can replace Paul Pogba, because the Frenchman ‘has not changed his mind’ about leaving United.

Tuttosport say that while Pogba has ‘regained a smile’ since Jose Mourinho’s departure, he and Juventus are working to bring him back to Turin. And The Old Lady are willing to use United’s interest in Douglas Costa to their advantage.

United want a player ‘who can undermine’ Champions League defences, and offered around £52.6m to Juve for Costa ‘in recent weeks’. But the Brazilian ‘is officially non-transferable’ – unless he asks to leave.

Juve might be willing to do business if Pogba is part of the deal. They say Costa ‘could be priced in the same way’ as Pogba if the midfielder ‘has a valuation of’ £79m to £70.2m, which he absolutely does not.

Yet Tuttosport suggest ‘exchange at par or almost’ is a possibility. There is no f***ing chance, lads.

CUTTS ABOVE
To round up a particularly smelly dose of transfer bullsh*t, here is Daniel Cutts of The Sun saying United are spending £100m on some fella. Perfect.

The club’s ‘sensational summer swoop’ will be for ‘Benfica wonderkid’ Joao Felix, who United have scouted recently. They ‘are now looking to launch a bid’ in the summer ‘as they continue to add youth to their ranks’.

Benfica value the attacking midfielder at ‘around £100m’, with a source telling The Sun that “he is seen as a real talent”. For that much, you’d hope so.

It sure will be fun when United break both their own club record and the British transfer record on a player with no international caps and 23 senior first-team appearances.

AND THE REST
Manchester City captain Vincent Kompany is set to sign a new one-year contract on reduced wages. The Belgium defender, 32, will have a testimonial in August… Benfica will sanction the £30m sale of striker Raul Jimenez to Wolves this summer, with the 27-year-old currently on loan at Molineux… Juventus have ruled out selling Argentina forward Paulo Dybala, 25, this summer in a blow to Chelsea and Manchester United… Real Madrid left-back Marcelo, 30, could leave to join former team-mate Cristiano Ronaldo at Juventus this summer.