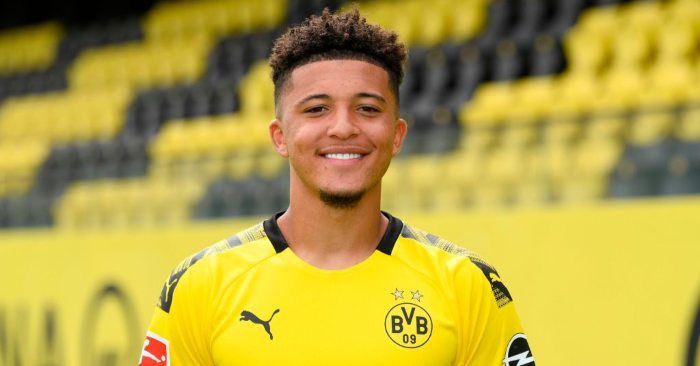 HOME ON THE SANCH?
Why talk about this summer’s transfer business when we can already move on to next? The Daily Mail claim that winger Jadon Sancho (who would cost upwards of £100m) will be sold by Borussia Dortmund after just one more season in the Bundesliga. The German club is already said to be ‘looking for Sancho’s replacement’.

So where will he go? Well the obvious answer is Manchester United, who are said to be ‘most advanced in their pursuit’, presumably because they were interested this summer until they realised that a lack of Champions League football did not really match with that kind of outlay. And the player himself was said to be unconvinced.

The fly in the ointment might be Manchester City, who have an agreement with Dortmund that they have to be kept informed of any fees agreed for the player who left them two years in search of first-team football.

ALEXIS ON INTER LIST
Inter Milan are said to have a list of four potential strikers after Edin Dzeko chose to stay at Roma. Those players – according to Gianlucadimarzio.com – are Manchester United’s Alexis Sanchez, released former Tottenham striker Fernando Llorente, Eintracht striker Ante Rebic and Napoli’s Arkadiusz Milik, which would mean Mauro Icardi going the other way. It’s an eclectic mix that suggests there is absolutely no plan at all.

PSG WANT DEMBELE
We imagine that PSG would have been very pleased indeed to see Barcelona falter on Friday night as that means that the Spanish giants might panic into paying them back their £200m for Neymar rather than insisting that he is worth no more than £146m.

According to Sport, PSG wanted to talk about Ousmane Dembele being part of any deal, which Barcelona were very much resisting. But with Philippe Coutinho now off the table (he is Bayern-bound), then Dembele might have to be thrown into any deal that also includes Ivan Rakitic.