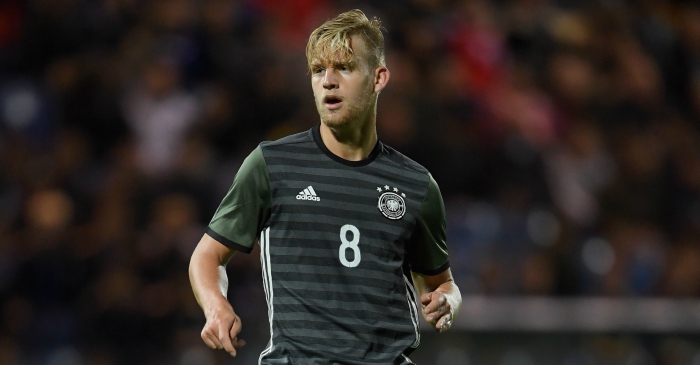 MAIER OF LONDON. OR MANCHESTER
There is no real way of checking whether Arne Maier has ever ‘been described in Germany as the new Toni Kroos’, as the Daily Mirror claim. We do doubt that the Mirror’s website journalists have scoured the globe for transfer speculation and have happened to come across the nickname, but hey.

The claim is that Arsenal and Manchester United both want Maier, but so do Juventus. That makes this ‘an increasingly frantic race’, where scouts from numerous different clubs have been sent to see him. Obviously. That’s how this sh*t works.

Maier is the youngest player in Hertha Berlin’s history, making his debut not long after his 17th birthday. He has ‘developed into an accomplished central midfielder’ and regular starter for the Bundesliga club.

His current contract runs until 2022, and contains a mysterious release clause: ‘£10million if a club from one of the big leagues shows interest’.

JACK THE LAD
Some potentially bad news for Tottenham to finish. They will have to fork out £60m if they continue their pursuit of Jack Grealish.

According to the Sunday Express, the Aston Villa midfielder is set to sign a new contract. It will have a new release clause inserted, forcing the likes of Tottenham to look elsewhere or spend a considerable amount on a player whose top-flight experience is limited.

It will also be a ‘boost’ for Villa, who are 13th in the Championship after Saturday’s defeat to Sheffield Wednesday.

All of this comes from the contacts of Neil Fissler, rugby journalist, who has a quite shoddy track record when it comes to Sunday Express exclusives. So yeah.

AND THE REST
Juventus chairman Andrea Agnelli wants the Italian giants to sign Manchester City and Germany winger Leroy Sane, 22… Manchester City will join Manchester United in the race to sign Ajax’s Netherlands midfielder Frenkie de Jong, 21… City are also looking at re-signing Paris St-Germain midfielder Adrien Rabiot, 23, who spent a brief time at the Etihad as a teenager and is set to leave the French club next summer on a free transfer… Meanwhile, Ajax’s Brazilian forward David Neres, 21, has been linked with Tottenham and Roma… Fulham are preparing to make an £18m bid for Lyon and Ivory Coast forward Maxwel Cornet, 21.