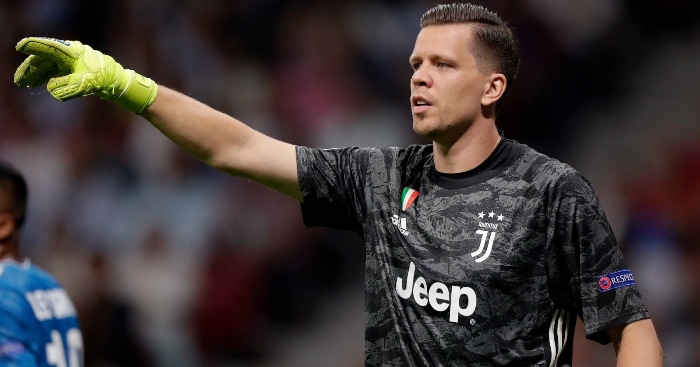 They’ve done it again. The latest beneficiary is Juventus goalkeeper Wojciech Szczesny, who looks set to get an improved deal with the Serie A champions following interest from United this summer.

According to Goal, the Red Devils made enquiries over the availability of the ex-Arsenal keeper while David De Gea was taking his sweet time to agree a new contract of his own at Old Trafford.

The crocked keeper eventually put pen to paper to extend his United career, but Juve aren’t going to take any risks with Szczesny. The Pole in goal looks set to get a three-year extension with a bump up from his current salary of just under £3million a year.

RAKITIC TAKES CLIMATE CHANGE STANCE
Another player not heading to United could be Ivan Rakitic.

The Barcelona midfielder has found himself out of the picture at the Nou Camp since Frenkie De Jong’s arrival and a January exit is on the cards.

But the Daily Mail reckons United haven’t got a sniff because the Rakitic family don’t fancy living in the north west. Or in England at all.

Apparently, ‘they would prefer a move to Paris, Milan or a location with warmer climes than Manchester’.

They don’t know what they’re missing…

CITY FANCY CHANCES OF HAALAND CAPTURE
At least Erling Haaland knows the score. The RB Salzburg striker was born in the north and you can tell because he’s f*cking ace.

United have been linked with Haaland since the start of the season but Manchester City are know said to be keen on the teenager too.

The Sun quotes an Etihad source, who says City scouts were very impressed when they went down the road to watch Haaland at Anfield in the Champions League.

“We feel we would stand a good chance of getting him if we put something on the table to his club,” the mole added. “We like his age and his link up play. He would have watched the club a lot as a very young boy.”

Perhaps. But Haaland was yet to reach his first birthday when Roy Keane bumped in to his father in April 2001. The following season City were in the Championship, so if Haaland Jr did watch a bit of City as a nipper, it’s probably been dealt with it in counselling long before now.