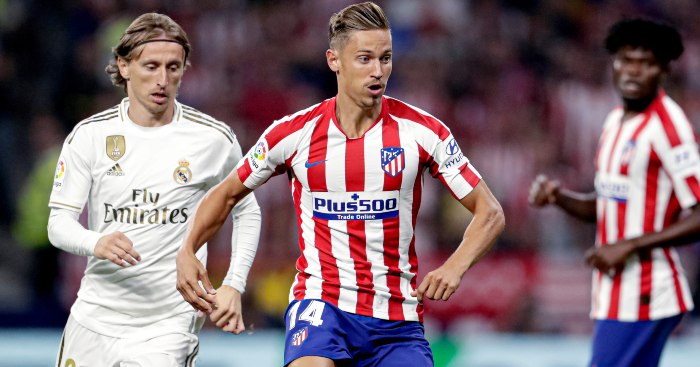 UNITED IDENTIFY ATLETICO STAR FOR LOAN MOVE
It would seem Manchester United are looking to sign two midfielders this month. One is Bruno Fernandes; the other is likely to be a loan option while Ole Gunnar Solskjaer looks for a temporary solution to Scott McTominay being injury and Paul Pogba not being arsed.

The Manchester Evening News reckons Marcos Llorente could be that loan signing. Their report suggests United are looking at midfielders struggling for game time at European clubs with big squads and Llorente certainly meets that specification.

The 24-year-old has started only three La Liga games for Atletico Madrid this season following his £35million move across the Spanish capital from Real in the summer. With Saul Niguez, Thomas Keye, Hector Herrera and Koke ahead of Llorente in the pecking order, Atletico may be willing to let him go until the end of the season.

WEST HAM BANK ON BARKLEY WORRY
Ross Barkley finds himself in a similar situation to Llorente. His start in Chelsea’s midfield last weekend against Burnley was his first in the Premier League since October which may be a concern for the England international with Euro 202o approaching.

That’s what David Moyes is apparently banking on. The Mirror says the West Ham manager is hoping Barkley can be tempted across London in a loan move until the end of the season.

ARSENAL EYE PSG DEFENDER
Mikel Arteta dismissed reports he wants to bring John Stones to Arsenal, which is a massive shame. But the Gunners boss is certainly in the market to strengthen his defence this month.

The Sun reports that Arsenal are looking to bring forward a move for PSG left-back Layvin Kurzawa with Sead Kolasinac and Kieran Tierney both crocked.

Kurzawa is out of contract in the summer when Arsenal were hoping to pick the 27-year-old up for free. But the Gunners are said to be willing to give PSG £6million to let the 14-cap France international go half a season early.

AND THE REST
Tottenham’s hopes of signing Cape Verde striker Ze Luis from Porto are fading because of work permit issues… Inter Milan’s representatives are in London looking to complete deals for Christian Eriksen, Ashley Young and Olivier Giroud… PSG have told Atletico to raise their offer for Edinson Cavani to around £25million…
Arsenal and Tottenham are among five Premier League clubs watching Getafe centre-back Djene Dakonam… Spurs have competition from Sevilla in their pursuit of AC Milan striker Krzysztof Piatek… Barcelona are chasing Palmeiras midfielder Matheus Fernandes and Cerezo Osaka’s Jun Nishikawa.