The transfer window may have just closed but bullsh*t never stops. Here's a freshly-laid pile on Sancho and Man Utd... 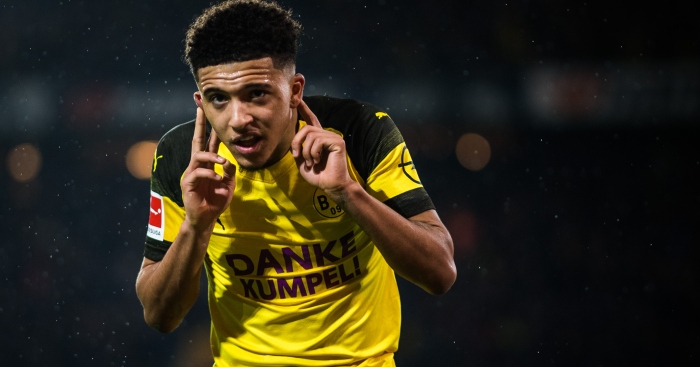 UNITED CONSIDER SANCHO SWOOP
Transfer whispers are always thin on the ground the day after deadline day, with most parties allowing themselves at least 12 hours respite before cranking up the bullsh*t machine ready for the next window.

The Metro, however, has a fresh, steaming line surrounding Jadon Sancho and Manchester United. Their exclusive claims United are ‘keeping tabs’ on the Borussia Dortmund star with a view to making a move this summer.

They most likely are keeping tabs on Sancho – along with every other big club in the world. This story, though, suggests United have identified their right flank as an area of weakness, with Jesse Lingard, Juan Mata and Alexis Sanchez primarily used in the role so far this season. Jose Mourinho was desperate to sign Willian last summer, and United fans would be rather more receptive to speculation over Sancho, who Dortmund supposedly value at £90million. But United are said to be ready to spend big on the right players this summer, even though a centre-back remains the priority. Not enough of a priority to address in January, though.

WHAT MIGHT’VE BEEN…
From a move that most likely won’t happen in summer to a load of moves that definitely didn’t happen in January.

Malcom didn’t follow Denis Suarez to Arsenal because Barcelona’s loan fee was too high. Ivan Perisic didn’t move to the Emirates either, and Inter coach Luciano Spalletti says the winger was ‘conned’ into thinking the Gunners’ interest was genuine.

Fulham and Newcastle’s interest in Antonio Valencia was rather more concrete, reckons The Sun, but despite being out of favour at Old Trafford, the Manchester United captain opted to stay put.

The same paper says RB Leipzig turned down approaches from Everton and Southampton for striker Jean-Kevin Augustin, while the Toffees were in stubborn mood themselves when it came to rejecting offers from PSG for Idrissa Gueye. PSG were in a thrifty mood all last month and the Washington Post says they failed to sign DC United star Luciano Acosta over a few dollars. The MLS club wanted $10million but PSG were only willing to pay $8million with another $2million (£1.53million) based on incentives. So Acosta remains in Washington, which he’s not best pleased about.

AND THE REST
Gary Cahill turned down moves to Juventus, Monaco and Fulham on deadline day… Talks between Schalke and Tottenham for Vincent Janssen fell through on Thursday… Chelsea manager Maurizio Sarri refused to travel on the team bus following his side’s 4-0 loss at Bournemouth on Wednesday… Manchester City are set to open talks about a contract extension with Fabian Delph.