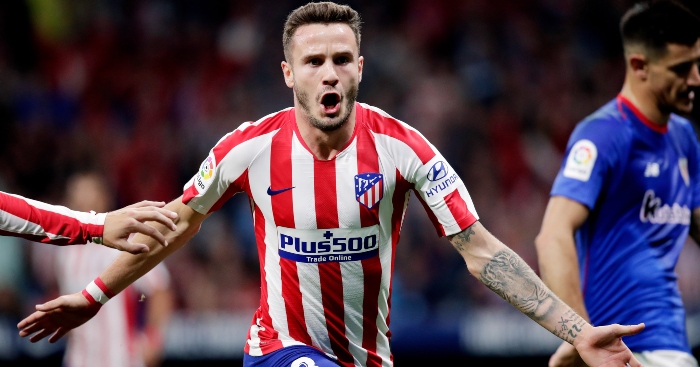 SOLSKJAER IN SALZBURG TO MEET HAALAND
It seems that Ole Gunnar Solskjaer was  a busy boy on Friday. According to the Daily Mail, the Manchester United boss made a quick dash over to Austria to speak to RB Salzburg striker Erling Haaland.

The teenage centre-forward is reported to have spoken to both Borussia Dortmund and RB Leipzig recently and those talks are said to have prompted Solskjaer to pull his finger out. The United boss is supposed to have taken a flight to Salzburg early on Friday morning before returning to Manchester in the afternoon to prepare for Sunday’s clash with Everton.

As with all the best transfer stories, a flight tracker is involved…

UNITED ALERTED TO SAUL PRICE DROP
That Daily Mail story suggests United’s transfer priorities are a centre-forward and two central midfielders. If whispers elsewhere are to be believed, we could have the complete set.

The Telegraph says the Red Devils have been alerted to Atletico Madrid’s willingness to lower their asking price for Saul Niguez. The Spain midfielder’s release clause is currently set at £125million but it seems Atletico are willing to do a deal if someone plonks £85million on the table.

RED DEVILS AND ARSENAL EYE PARMA LOANEE
Around half that amount could get them Dejan Kulusevski. The Atalanta midfielder who is currently on loan at Parma has been catching the eye of all the big hitters, with United and Arsenal watching the 19-year-old on numerous occasions.

The Mirror says Kulusevski was available for £8.5million last summer but Atalanta are now looking for around five times that amount, with the bidding likely to reach somewhere around £42million.

AND THE REST
Liverpool could be in the market for more RB Salzburg players once a deal for Takumi Minamino is wrapped up… Unai Emery has turned down offers from Everton and two CSL clubs… Atletico are eyeing Chelsea defender Marcos Alonso… Olivier Giroud is again being linked with Crystal Palace… Rangers are tracking Charlton striker Lyle Taylor.