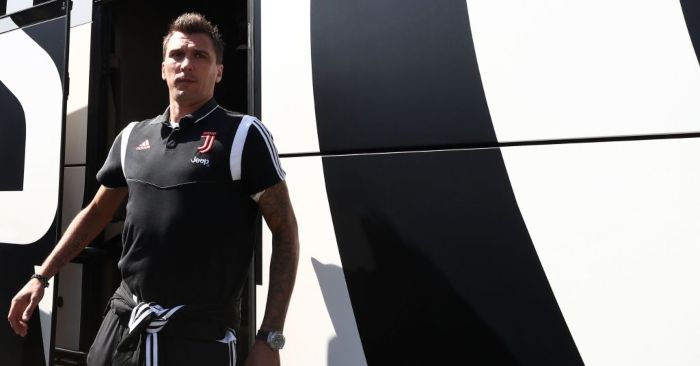 SUPER MARIO: A 64TH UPDATE
For months, Mario Mandzukic has been said to be a Manchester United target. It started late in the summer and has carried all the way through to a couple of months before the winter window. And little has seemingly changed.

United could still do with attacking reinforcements, although only as back-up to their existing options. Mandzukic has still not played a single minute for Juventus this season. The Italian side remain intent on offloading him, but getting something for their troubles.

That was previously thought to be a fee of around £10m. But fresh claims suggest not only that Juve are ‘demanding’ half that, but that United are pursuing a free transfer.

Calciomercato say the striker is ‘destined to leave’ Turin but Juve’s requests have ‘slowed down an agreement’. They are ‘non-negotiable’: any deal must be permanent, any loan must have an obligation to buy, and there must be money involved.

That brings Chinese Super League clubs back into the equation, despite Mandzukic having rejected such a move recently. But United and Sevilla know that Juve are ‘demanding a payment of no less than €5.3m’, which roughly equates to £4.6m.

United are happy with paying Mandzukic’s wage but ‘are not willing to pay for a player’ Juve don’t want. Sevilla want him on loan with an obligation to buy but want Juve to pay some of his wages initially. It’s a big old mess.

FLAT HERTHA
SportBild have an interesting article on Dortmund’s interest in Javairo Dilrosun. The 21-year-old, who left Manchester City in 2018, has impressed ever since for Hertha Berlin.

Dortmund are simply hoping that lightning strikes twice, for the winger has been identified as Jadon Sancho’s potential replacement. Barcelona, Real Madrid, Manchester City, Liverpool, Manchester United and Chelsea are all named as ‘prospects’ to sign the England international.

Sancho’s ‘farewell’ this summer ‘stands out’ – even if Bayern Munich are not part of the equation. But pretty much every other club across Europe will fancy their chances of signing Sancho.

BAYERN TIME
It cannot be often that a club are said to be considering replacing their current manager with one in charge of a club they recently beat 7-2 away. Yet that is the claim from Sport1, who say Bayern Munich want Mauricio Pochettino.

Kovac, despite winning a domestic treble in his first season, has never felt like a particularly natural fit in Bavaria. Scraping past a team 16th in the second division in the DFL-Pokal hardly helps that. Sporting director Hasan Salihamidzic described their 2-1 comeback win over Vfl Bochum as ‘a game we have to quickly forget’. Sport1 say the Bundesliga champions were ‘listless, sedate and without any game idea’.

They ask a simple question: ‘how long may Kovac continue to crumble?’ The suggestion is that he has lost much of the dressing-room, that ‘it’s been just a purpose relationship’ and ‘it was never love anyway’. Yet he is still intent on fulfilling a contract that runs until 2021.

In the event that Bayern have had enough and finally pull the trigger, a few names are mentioned. Erik ten Hag, favoured by Karl-Heinz Rummenigge, ‘seems to be waiting for the call’. Ralf Rangnick is ‘a possible successor’. And Salihamidzic wants Pochettino, and even has his damn phone number.

AND THE REST
LA Galaxy general manager Dennis te Kloese plans to meet Zlatan Ibrahimovic, 38, to discuss the Swedish striker’s future with a view to keeping him at the club… AC Milan are ready to make another move to try to sign Liverpool and Croatia defender Dejan Lovren, 30… Wolves and Watford are set to make a January move for Royal Antwerp’s £5m-rated Portuguese right-back Aurelio Buta, 22… Gareth Bale’s agent, Jonathan Barnett, has rubbished rumours that the Welshman is set to leave Real Madrid and join a Chinese club… German side Schalke want to keep Everton loanee Jonjoe Kenny at the club beyond this season. The 22-year-old right-back is on a season-long loan.