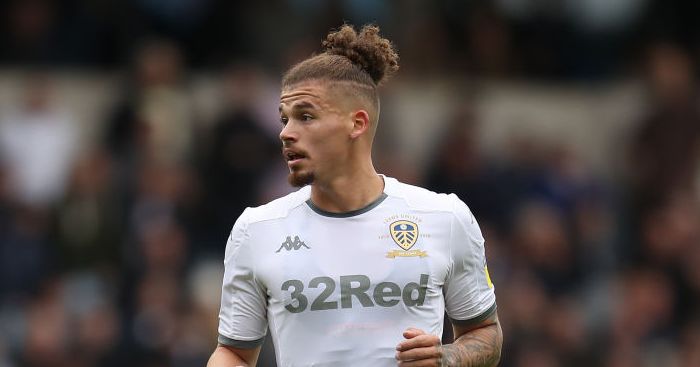 COBRA KAI
As a club that is still paying its only January signing since 2016 a fair whack to be injured or lonely in Italy, Manchester United seem weirdly desperate to get busy in the winter. Perhaps they’re just cold.

The Daily Mirror says the team currently 15th in the Premier League have a plan to finish at least as high as 12th or 13th. And it involves sending all of the money in the direction of Germany. United want Kai Havertz and Thomas Muller for £125m.

News of interest in Muller resurfaced recently and is nothing new. He is barely playing for Bayern Munich, United wanted him previously, he is only 30 and Ed Woodward is obsessed with him, so it does make sense. But the Havertz link is relatively fresh, and signing him ahead of Europe’s leading clubs ‘would be a major coup’.

His £85m Bayer Leverkusen valuation ‘won’t deter United,’ who ‘believe it’s worth the investment’ as he ‘completely fits their identi-kit in age, talent, potential – and the X-factor ingredient [they] are looking for from future signings’.

Does that mean Bayern really want £40m for Muller, a player who ‘is no longer seen as a first-choice option’? Jesus.

KALVIN INCLINE
A more priceless move would be to wind Leeds up by going for Kalvin Phillips. And The Sun throw that particular spanner into the works.

Their exclusive says that Mike Phelan ‘went for a personal check’ on the midfielder during the 1-0 win over Birmingham last week, which just so happens to have been a game in which Phillips scored the only goal. Scout’s honour.

First-team coach Kieran McKenna followed that escapade up by watching the 23-year-old against Preston in midweek, with United not wanting to be ‘caught out for reports on him if there is an auction’.

The Sun offer no potential fees – they simply state that Phillips would cost ‘big money’ – but it is said that Tottenham had a £27m summer bid rejected. That was before he signed a five-year contract in September, and after it was suggested that Marcelo Bielsa would probably f*** off if Leeds sold one of their best players without his permission. His valuation was suggested to be around £30m back then; the Manchester United premium would take it to around £427m. Elland Road still remembers Eric Cantona.

JESUS WALKS
Were Bayern to sell Muller as the first story suggests, they would need a replacement bench-warmer. Gabriel Jesus has experience in that field, so they might try their chances.

But The Sun say any attempt to sign the Brazilian will be resisted by Manchester City, who ‘would not even entertain anything less than four times the price they paid for him’ – about £27m. You do the maths.

The start against Aston Villa on Saturday was his fourth in ten Premier League games, with 91 of a possible 270 Champions League minutes not much better. But Pep Guardiola ‘views him as the long-term successor’ to Sergio Aguero, and so City will be busy ‘telling any interested clubs that he is NOT going anywhere’.

AND THE REST
Tottenham favourite Son Heung-min, the 27-year-old South Korea international forward, is being tracked by Juventus and Napoli… Real Madrid are set to deny Arsenal hope of landing Spain international midfielder Dani Ceballos, 23, on a permanent deal by bringing him back from his loan for next season… Barcelona have held talks with Inter Milan over the sale of Croatia international midfielder Ivan Rakitic, 31… Liverpool defender​ Joe Gomez is growing frustrated at his lack of playing time this season and Tottenham and Arsenal are interested in the 22-year-old England defender… Manchester United and Manchester City are vying for Rochdale’s England Under-18 defender Luke Matheson, 17… Napoli are not interested in selling Manchester City target Fabian Ruiz, the 23-year-old Spain international midfielder, in the near future.