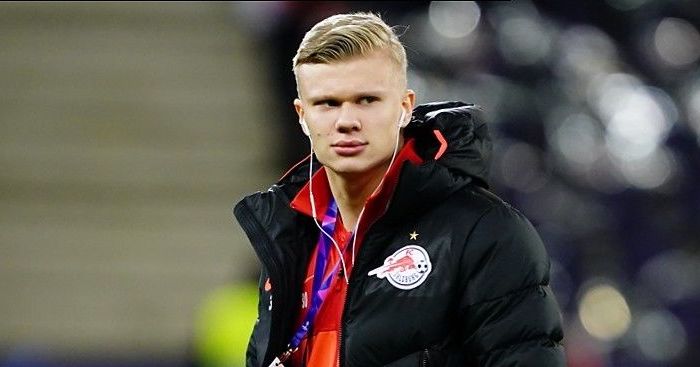 ERLING LEARNING CENTRE
For a move that came almost completely out of the blue, it seems that most outlets ‘understand’ something Manchester United-related when it comes to Erling Braut Haaland joining Borussia Dortmund. It’s almost as if someone wants to change the narrative from being turned down by an exciting player to, instead, saying ‘no’ to them.

ESPN are among those who happily both have their cake and eat it. In a story that says Dortmund ‘beat’ United to signing Haaland, it is stressed that ‘the performances of teenager Mason Greenwood…have also led to United believing that they can invest in the team in alternative areas’.

The Guardian have some intriguing numbers surrounding the transfer. The striker’s €22.5m (£19.2m) release clause has been met, with a further €10m (£8.5m) payment made to agent Mino Raiola. And United’s reluctance to deal with the representative, never mind pay him such a vast sum, does go some way to explaining their apparent withdrawal from the race.

‘It is understood United cooled their interest in the player in the end because of the demands made by Raiola and Alf-Inge Håland, the player’s father, when it came to the share of any future transfer fee as well as the new buyout clause,’ it is added.

The Daily Mirror describe the former problem – Raiola and Haaland’s father being entitled to a share of future transfer fee – as ‘the chief reason’ for them dropping out of the running. The Sun say Ed Woodward personally ‘ordered his club to end negotiations’ over Raiola’s demands.

Wonder who told them that?

Manchester Evening News quote sources as describing Raiola’s requests as ‘bad for the industry’. United ‘were unprepared to put themselves in a position where the agent could effectively control the sell-on, rather than the club’. The Daily Mail echo those sentiments, but point out that United ‘are still in the market for a striker and will look to have one in place before the beginning of next season, in addition to two midfielders’.

There is huge respect to the Independent, who simply say ‘United offered the best financial package but Haaland has opted for a move to Germany to continue his development.’

Finally, we go back to ESPN who cite sources as saying that the release clause Raiola and Haaland’s father wanted to insert in any United contract was as little as €50m (£42.7m).

SILVER LINING
The Times counter that, claiming that the release clause was ‘thought to be worth in excess of €50m’. Paul Hirst and Ian Whittell also tell us that Jadon Sancho could now be on his way.

Dortmund ‘are ready to listen to offers’ for the England international after bringing Haaland in. They ‘are aware’ of his desire to return to the Premier League, and there is a ‘feeling…that the club may want to cash in on the forward next summer’.

Which is roughly where United’s good news ends. Dortmund ‘are likely to ask for more than £100m’ for a player also wanted by Real Madrid, Barcelona and Manchester City.