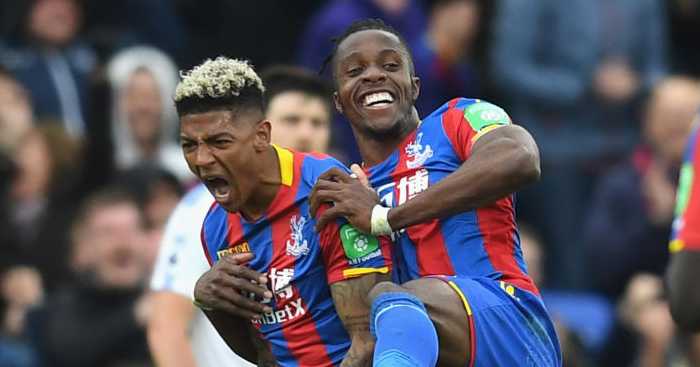 ST PATRICK’S DAY
If you thought spending £360.3m on six players was a bit excessive even for Manchester United, you ain’t seen nothing yet. Strap yourselves in for this one, because it is genuinely quite astounding.

It starts with the pretty ordinary Sun claim that Ole Gunnar Solskjaer wants Moussa Dembele to be part of his Old Trafford ‘revolution’. The Norwegian wants ‘a younger, hungrier squad’ without the ‘marquee signings’ that have blighted the post-Sir Alex Ferguson era. To that end, a £40m move for the Lyon forward does make sense – the 22-year-old scored 22 goals and assisted six in 50 appearances this season.

Mike McGrath adds that Daniel James of Swansea and Lille’s Nicolas Pepe are also targets. The former is 21 and would cost £15m-£20m (Evening Standard), while the latter is 23 and would cost around £69.9m (Daily Record).

But then it goes batsh*t crazy. Another Sun story, this time penned by Warren Haughton, states that Solskjaer ‘wants to overhaul his defence’ and has two particular players in mind.

United will apparently offer £50m to Crystal Palace for the services of Aaron Wan-Bissaka and Patrick van Aanholt, and ‘reckon a deal could be done’ for both.

Wan-Bissaka would be the ‘long-term successor’ to Ashley Young – who ought to be ditched this summer – but Palace are understandably ‘desperate’ to keep him. That is not entirely true of Van Aanholt, who would ‘provide genuine competition’ and experience with Luke Shaw at left-back.

Solskjaer has taken a liking to the Dutchman’s ‘energy and attacking instincts,’ with Juventus and Roma also interested.

The breakdown of the £50m offer is presumably United paying £60m for Wan-Bissaka, with Palace paying United £10m to take Van Aanholt off them.

KISS MY FACE
It could be quite the summer for Palace, with the Daily Mail exclusively reporting Wilfried Zaha’s desire to leave this summer.

The winger met with Steve Parish this week and informed the chairman ‘directly that he is ready to move on’. It is likely no coincidence that it was the Mail who he told of his “ambition” to win trophies at some point in his club career.

Zaha is ‘worried’ that Palace’s £80m demands could price him out of a move, but ‘hopes his plea will now prompt a summer transfer’. He has also told the club of his intentions so soon to avoid it dragging on through the summer.

Palace now face a difficult decision. The Mail story says they ‘fear a supporter backlash’ if they sell Zaha and Wan-Bissaka in the same season, which likely means the latter will stay. Poor United will have to deal with just Van Aanholt.

AND THE REST
Juventus have begun negotiations with Manchester United for Chile forward Alexis Sanchez, 30, who has also been linked with Inter Milan… Chelsea are not planning to extend Gonzalo Higuain’s loan and will send the 31-year-old striker back to Juventus after the Europa League final… West Brom’s failure to secure promotion from the Championship means 29-year-old Venezuela striker Salomon Rondon, who spent the season on loan at Newcastle, will have a £16.5m release clause when he return to the Baggies… Barcelona and Paris-St Germain are interested in English Manchester United attacking midfielder Angel Gomes, 18… Real Madrid will release up to 14 players this summer, with Welsh forward Gareth Bale, 29, Costa Rica goalkeeper Keylor Navas, 32, and Colombia forward James Rodriguez, 27, likely to be among them.