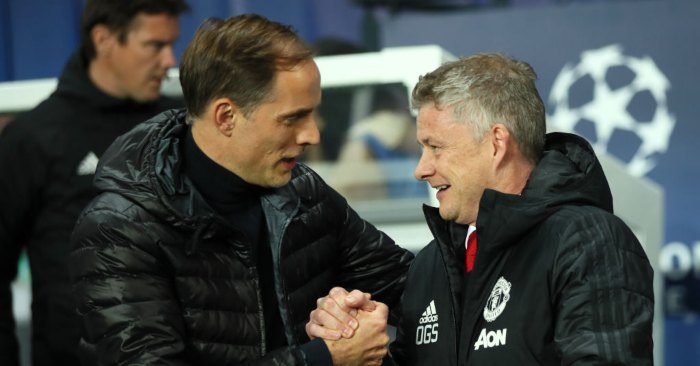 MAN UNITED ALREADY EYEING TUCHEL
And that was before he masterminded a 3-0 victory over Real Madrid on Wednesday night. According to Le 10 Sport, Tuchel is being eyed by both Manchester United and Barcelona. We can probably add Real Madrid to that list now.

It’s curious that United would covet the manager of PSG after Ole Gunnar Solskjaer’s Manchester United beat the French champions in last season’s Champions League. That’s the result that earned the Norwegian the full-time gig at United.

MAN UTD MOVE ONTO THREE NEW CONTRACTS
David De Gea and Victor Lindelof have committed their futures as Manchester United try to tie down what the Evening Standard describe as ‘key figures’ in their squad. Why this road leads to Jesse Lingard is a mystery, but he is one of three players mentioned in the report.

The others are Mason Greenwood – who only signed a professional contract a year ago but is attracting interest from across Europe – and Paul Pogba, who was not allowed to leave in the summer and will now (if United have their way) be bound to the club by golden shackles.